Watch: The Airstrike That Destroyed Taliban Hideouts In Afghanistan

Afghan security forces have increasingly relied on air strikes to push the militants back from cities even as they run the risk of hitting civilians. 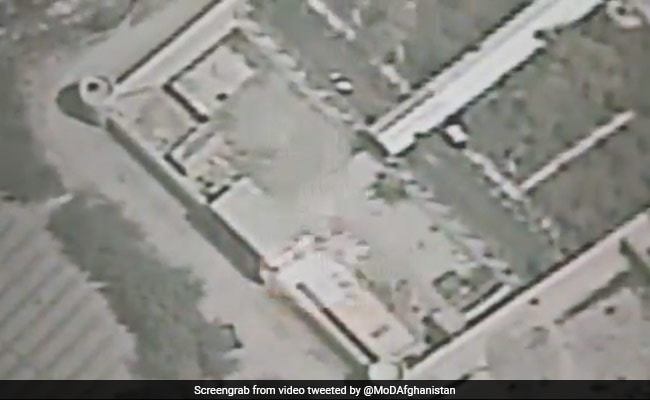 Tens of terrorists were killed in the attack in Kandhar province, Afghanistan government said.

A hideout used by Taliban insurgents is seen being destroyed in an airstrike by defense forces in a video released by the Afghanistan government on Twitter. Tens of terrorists were killed and wounded in the attack in Zherai district of Kandhar province, it said.

At least 250 such insurgents have been killed while nearly 100 were wounded in battles at several major cities over the past 24 hours, the government has said.

#Taliban terrorists hideouts were targeted by #AAF in Zherai district of #Kandahar province yesterday. Tens of #terrorists were killed and wounded as result of the #airstrike. pic.twitter.com/mM1uVyeXMu

These developments come as the Taliban makes rapid territorial gains amid the US military's final stage of withdrawal from the war-torn country.

After seizing large tracts of rural territory and capturing key border crossings, the Taliban have besieged provincial capitals. Last night they fired three rockets at the airport in Kandhar, Afghanistan's second-largest city and a former bastion of the insurgents.

The attack at the airport, an installation vital for the logistical and air support needed to keep the Taliban from overrunning, came as they inched closer to capturing at least two other provincial capitals, including nearby Lashkar Gah in Helmand province.

The Afghanistan government has repeatedly dismissed the Taliban's steady territorial gains over the summer as "lacking strategic value".