The video, posted on Snapchat, shows four paratroopers firing shots at the picture with the caption "happy with that". 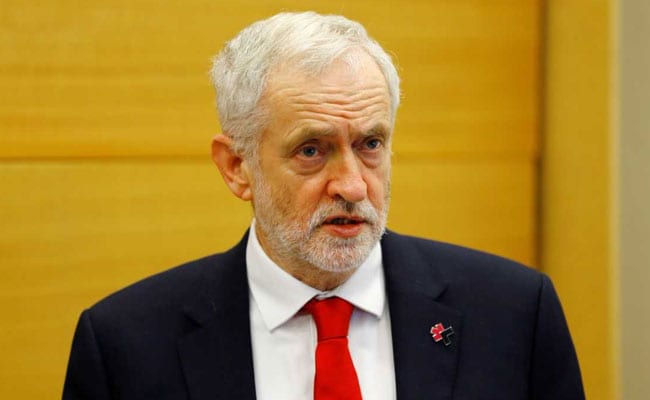 Opposition Labour party leader Jeremy Corbyn says he was shocked after hearing about the video. (File)

The video, posted on Snapchat, shows four paratroopers firing shots at the picture with the caption "happy with that".

"We are aware of a video circulating on social media," an Army spokesperson said. "This behaviour is totally unacceptable and falls well below the high standards the Army expects. A full investigation has been launched."

Top story: @AliBunkallSKY: 'Video has emerged of soldiers on a shooting range in Kabul firing at a target of Jeremy Corbyn. MOD confirms it as legit: ' pic.twitter.com/smAOhWoEYI, see more https://t.co/VSv55LUm4H

A Labour spokesman called the behaviour alarming and unacceptable but said the party was confident the Army would investigate and act on the incident.

The soldiers have been widely criticised by lawmakers.

"I'm shocked obviously that this sort of thing has happened," Corbyn said. "I hope the Ministry of Defence will conduct an inquiry into it and find out what was going on and who did that."

(Except for the headline, this story has not been edited by NDTV staff and is published from a syndicated feed.)
Comments
Jeremy CorbynBritish opposition Labour party leaderTarget practice