Three persons were killed after a Taliban pilot lost control of a US-made Blackhawk chopper during a training exercise in Kabul, Afghanistan. 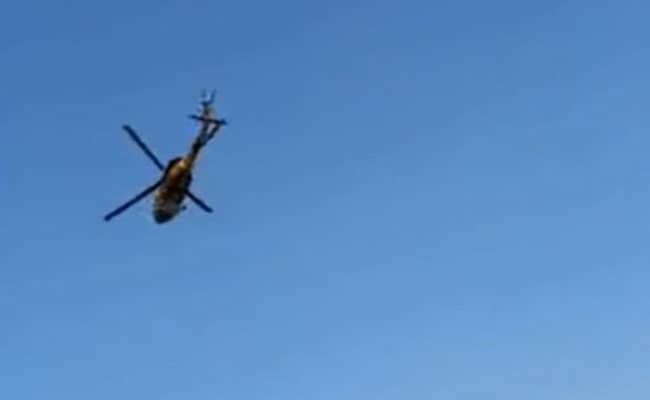 The video showed helicopter flying at a low altitude when its nose dipped suddenly.

The story of a Taliban member trying to fly a US army helicopter that crashed and killed three people has been making the rounds since September 10. However, that footage has now been released.

The video shows a novice Taliban pilot crashing a $30 million American Black Hawk helicopter, killing one crew member, the training pilot, and himself.

The footage was taken by another Taliban member.

In this 36-second footage, the chopper can be seen swirling dangerously before crashing on the ground.

The Black Hawk chopper reportedly crashed inside a military training base in Kabul. It was a four-bladed, twin-engine, medium-lift utility military helicopter.

The Taliban's Ministry of Defense later confirmed the incident, calling it a technical malfunction. The ministry reported that five additional people were hurt in the incident, which they described as a training flight.

According to the Special Inspector General for Afghanistan Reconstruction, the United States sent the Afghan government defence goods and services worth about $28 billion between 2002 and 2017, including weapons, ammunition, vehicles, night-vision equipment, planes, and surveillance systems.

When the US-backed Afghan government was overthrown in August of last year, some Afghan military personnel who had managed to flee took their planes and went to nearby Central Asian countries.

In a chaotic withdrawal operation, US troops also destroyed more than 70 planes, dozens of armoured vehicles, and air defence systems before taking off from Kabul's airport.

Despite these actions, the Taliban still controlled a number of helicopters from the Afghanistan National Security Defense Forces (ANSDF).

According to international assessments, Afghanistan is currently dealing with a serious humanitarian crisis, with more than 23 million people in need of help.

Serious human rights violations, particularly those against women, children, and minorities, persist despite the conclusion of the country's hostilities.

China Builds 26-Storey Pig Skyscraper, Here's Why It Is In News