Power went out in much of the country on Monday afternoon, less than two weeks after electricity was restored following the worst blackout in Venezuela's history. 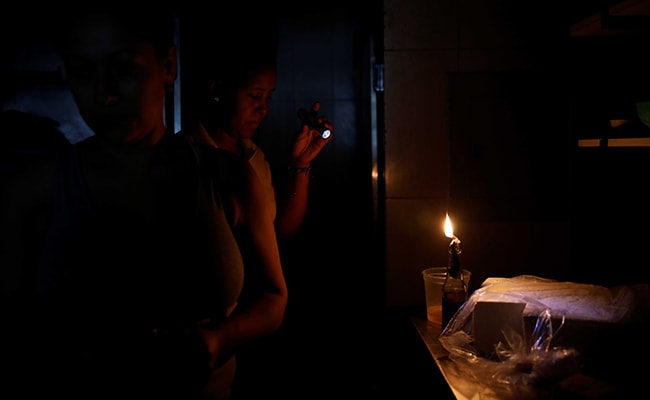 Residents scrambled to find food and water as businesses closed and school was canceled.

Venezuelan opposition leader Juan Guaido on Wednesday called on supporters to take to the streets this weekend to protest a nationwide power outage, while President Nicolas Maduro announced a "load management" plan for the coming days.

Residents scrambled to find food and water as businesses closed and school was canceled in the second major blackout this month. Power went out in much of the country on Monday afternoon, less than two weeks after electricity was restored following the worst blackout in Venezuela's history.

"The time has come to agitate in every state, in every community, to get water back, get electricity back, get gas back," said Guaido, the leader of the opposition-controlled National Assembly.

Guaido, who invoked the constitution to assume an interim presidency in January, arguing President Nicolas Maduro's May 2018 re-election was illegitimate, said the protest was scheduled for Saturday, without offering further details.

In an appearance by telephone on state television on Wednesday night, Maduro blamed the more recent blackout on a "terrorist attack" on the country's Guri hydroelectric complex, which supplies power to most of the country, by the "perverse right-wing."

"Thanks to Corpoelec workers we will be guaranteeing service," Maduro said, referring to the state electricity company. "But we will need to apply a load management plan in the coming days."

Maduro did not provide details of the plan. He said that school and work activities would be suspended on Thursday, and called on supporters to take to the streets on Saturday - the same day Guaido called a protest.

Guaido and opposition critics have said the outages are the result of a decade of corruption and mismanagement.

Power had returned to around half the country's 24 states on Tuesday night, but went out again at dawn on Wednesday.

While blackouts have long been common in the OPEC member nation, particularly outside of capital Caracas, their increasing frequency and severity have left residents concerned that intermittent power may be the new normal.

"I think this is going to be worse than the first blackout," said Julio Barrios, 60, an accountant in Caracas who was looking for open stores to buy food or ice. "A lot of people want to work but there's no transportation, and if there's nobody working the country will be paralyzed."

In the western agriculture-heavy state of Tachira, more than 100,000 liters (26,000 gallons) of milk spoiled after 40 hours without electricity for refrigeration, according to Leonardo Figueroa, the head of the state ranchers' association. 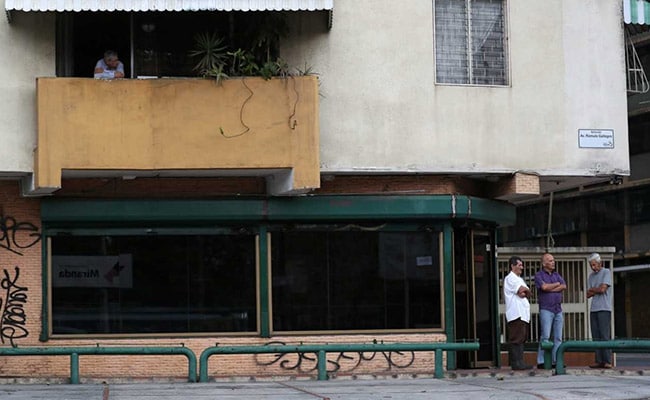 Power had returned to around half the country's 24 states on Tuesday night, but went out again at dawn on Wednesday.

In Valencia, Venezuela's third-largest city, residents without electricity or gas in their homes cut wood off trees to cook food before it rotted.

"I am searching for wood because there is no gas in this oil-producing country, there are no public services," said Morris de Castro, a lawyer. "It is impossible to live a normal life and we feel like we are falling backwards."

Guaido has been recognized as Venezuela's rightful leader by most Western and South American countries, and the United States has hit Maduro's government with sanctions meant to cripple the Socialist Party's sources of income.

But Maduro has held on thanks to continued loyalty by top military commanders and diplomatic support from Russia and China, who accuse the United States of seeking a coup against him. Two Russian air force planes carrying nearly 100 troops landed outside Caracas on Saturday, escalating tensions.

While hosting Guaido's wife, journalist Fabiana Rosales, in the White House on Wednesday, U.S. President Donald Trump said "Russia has to get out" and that "all options are open" as to how to make that happen.

Russia has said the visit is part of a military technical cooperation agreement with Venezuela.

The blackout has harmed the oil industry, the lifeblood of Venezuela's struggling economy. The country's main oil export port of Jose and four crude upgraders, needed to convert Venezuela's heavy oil into exportable grades, have been halted since Monday, industry sources said.

"Power came back at around 10 a.m., but we still were not in a condition to restart," a worker at one of the upgraders said, adding that workers would attempt to restart the facilities later on Wednesday.

Julio Castro of non-profit organization Doctors for Health said an 81-year-old woman died on Tuesday in a hospital in the central state of Aragua because the elevators were not functioning and she could not get to the area where she could receive treatment.

The group said 24 people died during the previous blackout in public hospitals due to problems caused by the lack of power.

(Except for the headline, this story has not been edited by NDTV staff and is published from a syndicated feed.)
Comments
VenezuelaVenezuela blackoutNicolas Maduro