Taliban spokesman Zabiullah Mujahid announced last week that talks with the US will take place in Pakistan's capital, while they will also meet Prime Minister Imran Khan. 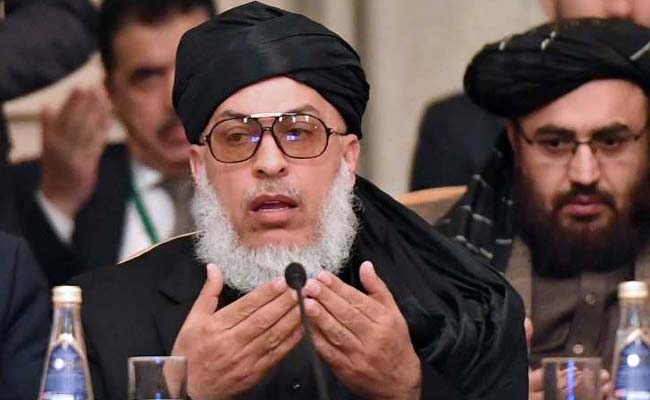 The meeting was planned to happen in Islamabad earlier

The talks between US and Afghan Taliban slated for Monday have been postponed, according to the insurgent group which alleged that some members of its negotiating team could not travel to Pakistan for the meeting due to sanctions imposed by America and the UN.

Taliban spokesman Zabiullah Mujahid announced last week that talks with the US will take place in Pakistan's capital, while they will also meet Prime Minister Imran Khan.

"The Islamic Emirate had arranged for their representatives to participate but unfortunately, most members of the negotiations team were unable to travel due to the US and UN blacklist and the meeting was postponed," the Taliban said in a statement.

Security officials said that some of the members of the Taliban were still under sanctions but it was not the sole reason for the delay.

They said Afghanistan was not comfortable with these talks and the delay in the arrival of Saudi Crown Prince Mohammad bin Salman visit was another reason.

Now the next round of talks between rebel and US will be held on February 25 in Doha as panned earlier.

Last month the two sides held detailed talks and there were indications that they have come closer to end more than 17 years of conflict in Afghanistan.

Afghanistan's Foreign Ministry reacted strongly to the announcement of a meeting in Islamabad, saying it was in violation of a United Nations Security Council resolution.

Previously, Afghanistan launched a similar complaint against Russia for allowing Taliban members to travel to Moscow for a conference in which nearly 50 Afghans, including various political leaders, were invited.

However, the Afghan government was not invited to that conference because the Taliban have so far refused to engage with Kabul despite pressure from the US, Saudi Arabia, and others.

The Taliban control nearly half of Afghanistan, and are more powerful than at any time since the 2001 US-led invasion after the 9/11 terror attacks in 2001.

Since being appointed in September, Khalilzad has met with all sides in an attempt to end America's longest war in which the US has lost over 2,400 soldiers in more than 17 years.

US President Donald Trump reportedly wants to cut in half the 14,000 American troops in Afghanistan, and the Taliban leaders have made a US withdrawal a key condition in peace negotiations.