US "Stands With People" After Myanmar Protest Bans

"We stand with the people of Burma and support their right to assemble peacefully, including to protest peacefully in support of the democratically elected government," State Department spokesman Ned Price said, using Myanmar's former name. 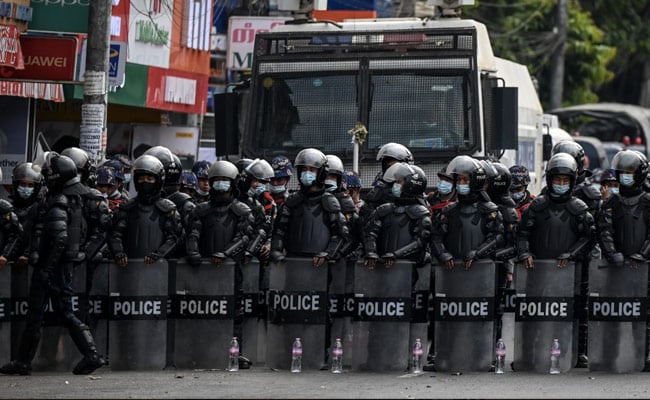 The United States on Monday voiced solidarity with the people of Myanmar after restrictions on demonstrations and said its requests to meet deposed civilian leader Aung San Suu Kyi were denied.

"We stand with the people of Burma and support their right to assemble peacefully, including to protest peacefully in support of the democratically elected government," State Department spokesman Ned Price said, using Myanmar's former name.

"We are of course very concerned about the military's recent announcement restricting public gatherings," he told reporters.

Myanmar's military leadership has banned people from gathering in groups of more than five and imposed a nighttime curfew in areas including parts of the largest city Yangon.

New junta chief General Min Aung Hlaing, in his first televised speech since taking over a week ago, promised a lighter touch than the last military regime with eventual new elections.

"It's a non-starter," Price said of the general's promises. "We've been very clear where we stand. We stand with the duly elected representatives of the people of Burma."

Price said the United States has not been able to speak to Aung San Suu Kyi, the top civilian leader and Nobel laureate who was arrested.

"We made an effort to reach out to Aung San Suu Kyi. We did that both informally and formally," Price said.

"Those requests," he said, "were denied."

He also called on China, the historic partner of Myanmar's military, to join major democracies in condemning the coup.