US intelligence agencies are also focusing on Iran, where the country's deputy health minister has fallen ill during a worsening outbreak 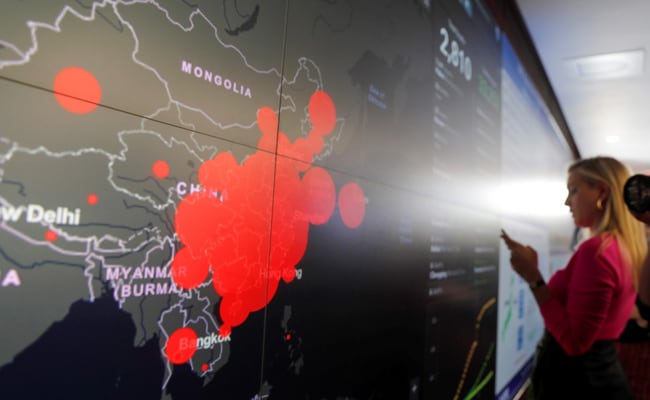 US intelligence agencies are monitoring the global spread of coronavirus and the ability of governments to respond, sources familiar with the matter said on Thursday, warning that there were concerns about how India would cope with a widespread outbreak.

While there are only a few known cases in India, one source said the country's available countermeasures and the potential for the virus to spread given India's dense population was a focus of serious concern.

US intelligence agencies are also focusing on Iran, where the country's deputy health minister has fallen ill during a worsening outbreak.

US Secretary of State Mike Pompeo said on Tuesday the United States was "deeply concerned" Tehran may have covered up details about the spread of coronavirus. A US government source said Iran's response was considered ineffective because the government only has minimal capabilities to respond to the outbreak.

Another source said US agencies were also concerned about the weak ability of governments in some developing countries to respond to an outbreak.

"Addressing the threat has both national security and economic dimensions, requiring a concerted government-wide effort and the IC is playing an important role in monitoring the spread of the outbreak, and the worldwide response," the official added.

A source familiar with the activities of the Senate Intelligence Committee, led by Republican Senator Richard Burr and Democratic Senator Mark Warner, said the panel was receiving daily updates. The role of US intelligence agencies in responding to the coronavirus epidemic at this point principally involves monitoring the spread of the illness around the world and assessing the responses of governments.

They are working closely with health agencies, such as the US Center for Disease Control, in sharing information they collect and targeting further intelligence gathering.

One source said US agencies would use a wide range of intelligence tools, ranging from undercover informants to electronic eavesdropping tools, to track the virus' impact.