US spied on 2010 global summit in Toronto: Report 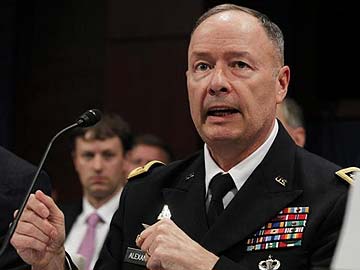 File photo of Keith Alexander, the chief of the US National Security Agency

Toronto: CBC News in Canada is citing documents shared by former National Security Agency contractor Edward Snowden in reporting that Canadian authorities allowed the U.S. agency to spy in the country during the G8 and G20 summits in Ontario in 2010.

The broadcaster's website says the documents show that the NSA used the U.S. Embassy in Ottawa as a command post for a nearly weeklong spying operation while President Barack Obama and other foreign leaders were in Canada in June 2010.

CBC reports that the documents don't mention precise targets of the U.S. spying operation but say that plans were "closely coordinated with the Canadian partner."

Promoted
Listen to the latest songs, only on JioSaavn.com
A spokesman for Prime Minister Stephen Harper, Jason MacDonald, late Wednesday said, "We do not comment on operational matters related to national security."