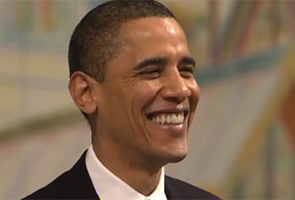 Washington: The small but influential Sikh community in the US has expressed joy at reports that President Barack Obama may visit their holiest shrine, the Golden Temple, during his visit to India in November.

"We are confident that after Obama's visit to the Golden Temple, the US residents would come to know about the Sikhs and Sikhism in a better way," said Rajwant Singh, chairman of Sikh Council on Religion and Education.

"This visit will help remove misunderstanding about Sikhs in America and many of the difficulties Sikhs face due to mistaken identity and security barriers," he said.

In a letter to the White House in July, Singh had proposed that the US President visit the holiest and highest shrine at the centre of Sikhism in Amritsar.

"Obama's visit will be a wonderful gesture since it is a symbol of interfaith understanding," he had said in his letter to the White House, noting the foundation stone of the temple was laid by a Muslim saint and it was constructed by Hindus and Sikhs.

The temple is visited by people of all faiths from all over the world and as "Punjab shares 370 miles of border with Pakistan and it will be a powerful message by the US President to the entire South Asia," Singh said.

"President Obama's visit will hopefully begin an era of peace and harmony. It will show that President Obama has deep respect for eastern faith traditions and their role in bringing people together. This shows America's respect for all faiths and traditions," he said.

"Sikhs are grateful that President Obama has spoken about the rights of all minorities, including Sikhs, throughout his political career. He demonstrated his kindness by hosting an event marking the first ever celebration of the birthday of Guru Nanak Dev Ji, founder of Sikhism, at the White House," Singh said.

"We, as Sikhs, extend our help in achieving President Obama's goal of making America strong during this challenging time," he said.

Promoted
Listen to the latest songs, only on JioSaavn.com
On Wednesday, a special US team conducted a security survey in Amritsar district.