US sends Marines to help Philippines after typhoon 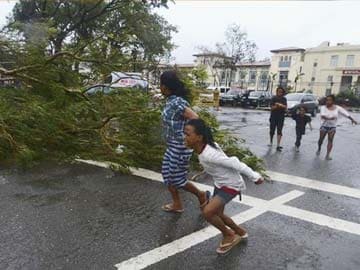 Washington: A team of about 90 U.S. Marines and sailors headed to the Philippines on Sunday, part of a first wave of promised U.S. military assistance for relief efforts after a devastating typhoon killed at least 10,000 people, U.S. officials said.

Defense Secretary Chuck Hagel this weekend ordered the U.S. military's Pacific Command to assist with search and rescue operations and provide air support in the wake of super typhoon Haiyan, one of the most powerful storms ever recorded.

The team of U.S. forces from the 3rd Marine Expeditionary Brigade left for the Philippines from a U.S. base in Okinawa, Japan, aboard two KC-130J Hercules transport aircraft, the Marines said in a statement.

Promoted
Listen to the latest songs, only on JioSaavn.com
Two Florida-based Navy P-3 Orion surveillance aircraft, which had been on a six month rotation to Misawa, Japan, have been prepositioned in the Philippines to assist with search and rescue operations, the Marines said.

The typhoon is estimated to have killed at least 10,000 people in the central Philippines. Most of the deaths appear to have been caused by surging sea water strewn with debris that many said resembled a tsunami, leveling houses and drowning its victims.
© Thomson Reuters 2013