Following the Gulf states' decision to cut ties with Qatar, Rex Tillerson asked them to work out their differences. 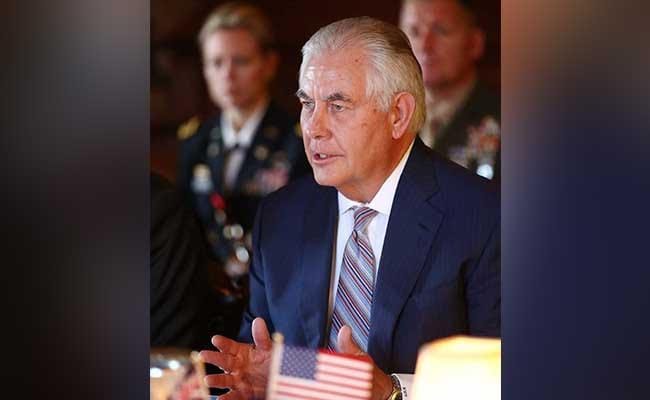 Sydney: US Secretary of State Rex Tillerson Monday called on Gulf states to stay united and work out their differences after several nations cut diplomatic ties with Qatar.

"We certainly would encourage the parties to sit down together and address these differences," he said in Sydney.

"If there's any role that we can play in terms of helping them address those, we think it is important that the GCC (Gulf Cooperation Council) remain united."

In the region's most serious diplomatic crisis in years, Qatar's Gulf neighbours Riyadh, Bahrain and the United Arab Emirates as well as Egypt all announced they were severing ties with gas-rich Qatar.

Riyadh cut diplomatic relations and closed borders with its neighbour to "protect its national security from the dangers of terrorism and extremism", the official Saudi Press Agency said.

A Saudi-led coalition which for more than two years has been fighting Iran-backed rebels in Yemen separately announced Qatar was no longer welcome in the alliance, accusing it of supporting terrorist organisations.

Tillerson said despite the impasse, he did not expect it to have "any significant impact, if any impact at all, on the unified fight against terrorism in the region or globally".

Less than a month ago, US President Donald Trump visited the region to cement ties with powerhouse Saudi Arabia  -- the first foreign stop of his young presidency.

In a Riyadh speech to Muslim leaders from around the world, Trump urged them to "drive out" terrorists.
Comments
Rex TillersonQatarGulf Arab nationsqatar diplomatic ties