US Says Its Has "Clear Evidence" It Downed Iranian Drone

The Pentagon had not confirmed by midday Friday whether or not there is any photographic evidence of the downed drone. 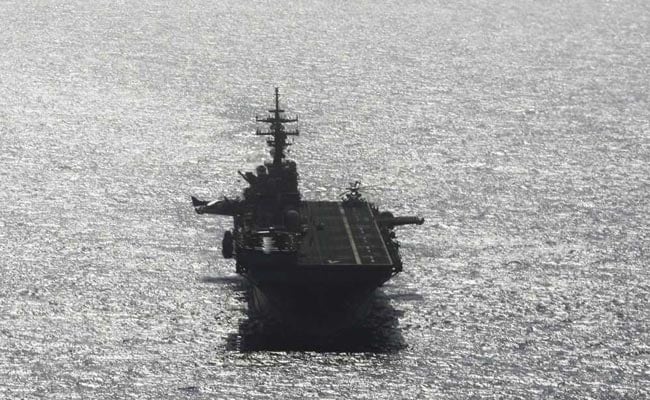 The United States has "very clear evidence" that it took down an Iranian drone despite Tehran's denial, a US official said Friday.

"We have very clear evidence," the US official said, alluding to a possible video.

The Pentagon had not confirmed by midday Friday whether or not there is any photographic evidence of the downed drone.

President Donald Trump said Thursday that the USS Boxer had destroyed an Iranian drone in the Straits of Hormuz after it came dangerously close to the US warship.

Iran's armed forces dismissed Trump's assertion as "baseless and delusional" while admitting one of their drones was flying near the US ship.

The Gulf region and the Strait of Hormuz, the most important shipping route for the world's oil supplies, has been a tinderbox for the past two months as Washington and Tehran face off following Trump's decision to scrap a landmark nuclear deal sign in 2015.

Trump said he came close to ordering an attack on Iranian military targets in June after Iran shot down a US drone that Tehran said had strayed into its airspace.

(This story has not been edited by NDTV staff and is auto-generated from a syndicated feed.)
Comments
Iranian DroneIranian Drone over USUnited States