Donald Trump spoke shortly after the White House's release of a rough transcript of his July 25 phone call with Ukrainian President Volodymir Zelensky. 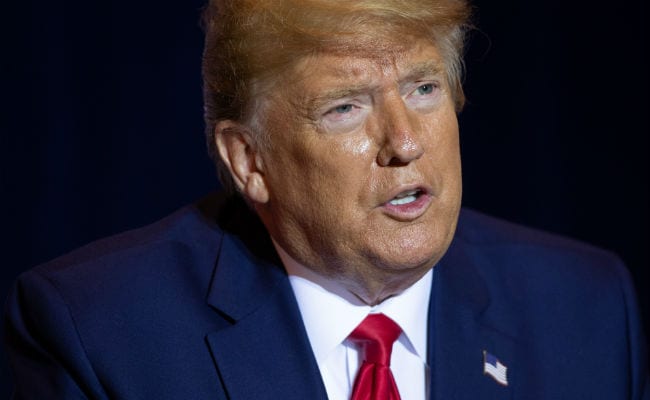 US President Donald Trump lashed out Wednesday at Democrats for opening impeachment proceedings against him, calling the probe into his efforts to get Ukraine to investigate rival Joe Biden a "manufactured crisis."

Trump spoke out following a meeting with Japan's Prime Minister Shinzo Abe in New York -- and shortly after the White House's release of a rough transcript of his July 25 phone call with Ukrainian President Volodymir Zelensky.

Referring to House Speaker Nancy Pelosi, who opened the impeachment inquiry on Tuesday, Trump said, "She is wasting her time on a manufactured crisis."

"All they are talking about is nonsense," he added.

The summary of the call showed that Trump pressed Zelensky to open an investigation into Biden's activities in Ukraine, prompting outrage among Democrats.