Trump Pats Own Back, Says He's A "Very Stable Genius" And "Like, Very Smart"

In a series of early morning tweets, Trump said that "throughout my life, my two greatest assets have been mental stability and being, like, really smart. 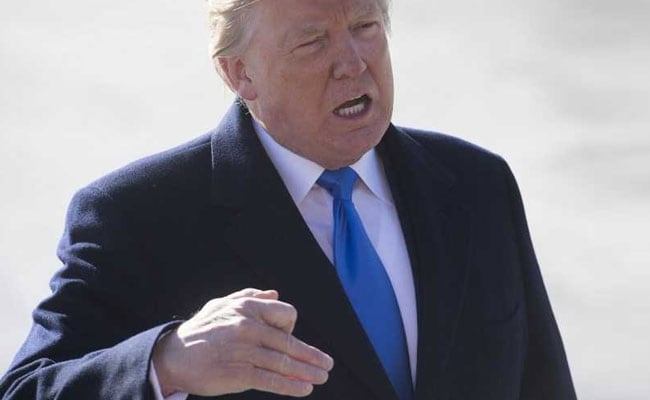 Washington: US President Donald Trump on Saturday praised himself as "not smart, but genius... and a very stable genius at that," following the release of a bombshell new book that called into doubt his mental health.

In a series of early morning tweets, Trump said that "throughout my life, my two greatest assets have been mental stability and being, like, really smart. Crooked Hillary Clinton also played these cards very hard and, as everyone knows, went down in flames.

"I went from VERY successful businessman, to top T.V. Star to President of the United States (on my first try). I think that would qualify as not smart, but genius....and a very stable genius at that!"

The White House has been pushing back forcefully against a new supposed tell-all book -- Michael Wolff's "Fire and Fury: Inside the Trump White House" -- which was rushed into bookstores after the Trump administration failed to suppress it.

Promoted
Listen to the latest songs, only on JioSaavn.com
The book quickly sold out in shops in Washington. Trump has decried the instant best-seller as "phony" and "full of lies."