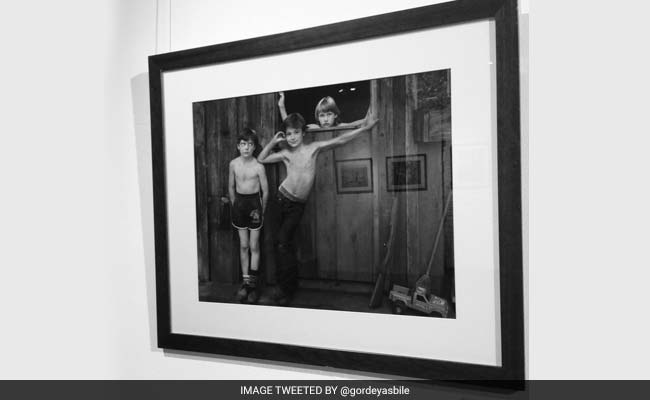 Camouflaged men blocked the entrance to the building exhibiting images by Jock Sturges.

Moscow: An exhibition by a US photographer, best known for his works featuring teen nudity, in Moscow was closed after some protesters blocked the venue and deemed it child pornography.

Camouflaged men, representing the NGO Officers of Russia, turned up at the Lumiere Brothers Centre for Photography on Sunday afternoon, RT News reported.

They blocked the entrance to the building, saying they were going to evaluate the contents of the exhibition by Jock Sturges, 69, for "pedophilic" contents.

Earlier on Sunday, a man entered the building posing as a journalist and sprayed several of Sturges's works with a mix of urine and acetone. The perpetrator was detained.

After negotiations with the activists, the Lumiere Brothers Centre decided to close the controversial exhibition.

"We have agreed with the Centre that they'll meet our demands and close the exhibition," Anton Tsvetkov, the head of the NGO, told TASS news agency.

Sturges made a name for himself with his photoshoots of adolescents and their families, often posing nude.

Promoted
Listen to the latest songs, only on JioSaavn.com
The Moscow exhibition, titled "Absence of Shame", was under way since September 8, but it made headlines in Russia only this week after bloggers attracted public attention to the photographer's most controversial works featuring nude minors.

Sturges has been taking photos of some of his female models since they were aged three.