US Man Allegedly Plotted ISIS-Style Attack After Suspension From Colleges

The complaint against Rashid and written by an FBI special agent recounts a history of violent, misogynistic and extremist social media posts and messages to individuals. 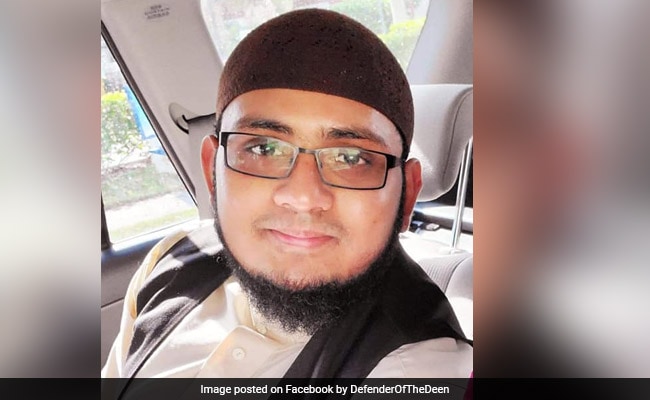 A 23-year-old Florida man is facing federal charges after he tried to get the ISIS terrorist group to carry out an attack on deans at two Florida colleges where he had been suspended or expelled, according to a federal complaint unsealed Monday.

The U.S. attorneys office in South Florida announced Monday that it had arrested 23-year-old Salman Rashid of North Miami Beach and charged him with soliciting another person to commit a crime of violence. Rashid "solicited confidential human sources" he believed could connect him with members of ISIS but who were working with the FBI.

The purpose of Rashid's outreach was to find ISIS members who would carry out a bombing on his behalf; initially, he wanted to target a religious building or a nightclub before he later settled on the college deans, according to the criminal complaint. He allegedly requested that the explosives be "as big as possible."

When WSVN in Miami approached one of Rashid's family members after court to ask whether he knew he was communicating with ISIS, the woman responded, "No, no, no. It's not true. No, no. I don't know yet. This is not right."

A public defender listed as his representative did not immediately respond to requests for comment.

If convicted, Rashid faces up to 20 years in prison.

The complaint against Rashid and written by an FBI special agent recounts a history of violent, misogynistic and extremist social media posts and messages to individuals. Rashid's behavior on several occasions crossed into in-person interactions, including his allegedly threatening messages to a female classmate at Miami Dade College. It was his behavior toward that student that got him suspended from the school in December 2018; he was later expelled by Broward College in May 2019 for not disclosing the disciplinary matter at MDC.

Federal prosecutors say it was those expulsions and suspensions that ultimately led Rashid to want to target deans of the schools; he claimed he had been "humiliated" in at least once instance when one of the deans brought police to a meeting with Rashid. The targeted individuals were not named in the complaint.

The FBI began investigating Rashid in April 2018 after reviewing several of his Facebook posts that "advocated for the violent overthrow of democracy and the establishment of Islamic law," according to the complaint. A source working with the FBI soon reached out to Rashid via Facebook Messenger to "establish an online friendship" and "build rapport" with Rashid.

Several months after Rashid's initial Facebook posts caught the FBI's attention, a classmate of Rashid's from Miami Dade College filed a complaint against him and said he sent her threatening text messages that including angry and possessive language

"In the hereafter, we will meet once again. But things will be a little different :). You will not have excuses, will not be given a choice and will have to come close to me . . ." one of the messages read.

The student complained that Rashid continued to send messages and was suspended in December. But months later, the student reported that she was still feeling threatened and said she believes he tried to follow her to her car after class.

Federal investigators later found evidence that Rashid had searched for "how to stalk someone's house" and confided in one of the online sources he believed to be in ISIS that he knew where the woman lived and worked.

He also posted updates to Facebook with statements like one from February 2019 that read, "Feminists are a Cancer on Earth. If I had Authority, I Would Strip their skin from Flesh and Hang their Bodies I the Sun to Rot."

Throughout much of 2019, the FBI documented he posted several messages expressing anger at the treatment of Muslims in the U.S., and threats to others who disagreed with his ideology. Rashid believed he was a Muslim leader and would establish the next Caliphate, according to the complaint.

In May 2019, Rashid met with the undercover source in person to say he "wanted to leave this world" - but first, wanted to finish business in the form of an attack.

The source introduced Rashid to another individual he believed to be a member of ISIS but who was another FBI source.

Until early November, Rashid carried out conversations and plans about attacks that mixed a raft of details, grievances and apparent guidelines: target "sinners," make the explosions big to "strike fear," don't hurt children.

Once he settled on the Broward College and Miami Dade College deans, he provided his supposed ISIS sources the target's name, a photo of the Broward dean, and observations about campus security.

Representatives with Broward College did not immediately respond to requests to confirm when Rashid was a student or to comment on the charges.

Juan Mendieta, a spokesman for Miami Dade College, told The Washington Post in a statement Tuesday that the FBI notified the school of a threat to MDC's Padrón Campus but that the threat was not ongoing.

"We have informed the campus community and used the opportunity to again remind employees and students to always remain alert and vigilant, and if they see or hear something, to say something," Medieta said.

Rashid is scheduled to appear in court Wednesday.