US Mail Bombs, Suspicious Packages: Who's Been Targeted?

All of the packages were intercepted before reaching their targets, all of whom Trump regularly singles out for attack in speeches and online. 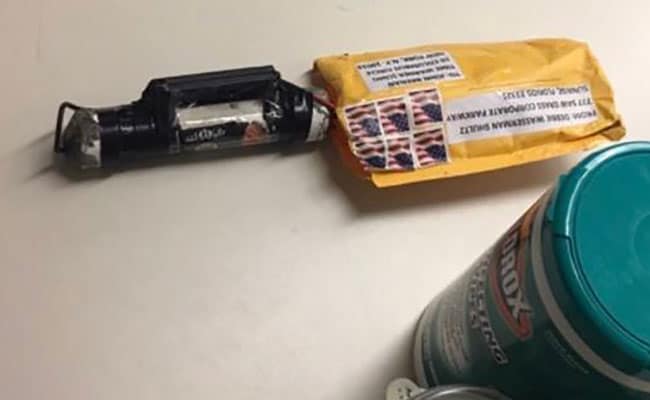 Twelve pipe bombs and suspicious packages have been mailed to top Democrats including Hillary Clinton and Barack Obama, news channel CNN and other prominent critics of US President Donald Trump since Monday.

All of the packages were intercepted before reaching their targets, all of whom Trump regularly singles out for attack in speeches and online.

Hedge fund billionaire Soros was the target of the first bomb discovered, found Monday in a mailbox at his New York home.

Trump and his supporters have frequently accused Soros of financing anti-administration activists, as well as sponsoring thousands of Central American migrants currently marching toward the US border.

On Tuesday, the Secret Service intercepted a package addressed to Clinton at the new York home she shares with her husband, former president Bill Clinton.

Throughout his presidency, Trump has repeatedly targeted his election rival in Twitter tirades, branding her "Crooked Hillary," and entertaining his supporters at election rallies with chants to "lock her up."

Trump's predecessor in the White House, Barack Obama, was targeted by a bomb addressed to his Washington home.

Trump has made reversing Obama's legacy a hallmark of his own administration.

Eric Holder served under Obama as the first African American US attorney general.

Holder grabbed headlines recently when he called for a new approach to battling Republicans: "When they go low, we kick them. That's what this new Democratic Party is about."

A package addressed to his Washington office ended up going to the return address --  the Florida office of Democratic Congresswoman Debbie Wasserman Schultz.

A package was posted to Obama's CIA director John Brennan, care of CNN.

Trump makes clear on an almost daily basis his disdain for the cable news network, which is critical of his administration.

Brennan, a frequent CNN commentator, has been a leader of criticism of Trump as an unqualified president who poorly represents US diplomatic and security interests.

The California Democrat notably has urged her supporters to confront Trump administration officials in public, even in restaurants, to "tell them they're not welcome anymore, anywhere."

Oscar-winning actor Robert De Niro is one of Hollywood's loudest voices against Trump.

In June, he received a standing ovation at the Tony Awards when he used an expletive to condemn the president.

A bomb-laden package was intercepted on Thursday at his TriBeCa Productions in New York.

Two suspicious packages addressed to Obama's vice president Joe Biden -- a possible challenger to Trump in the 2020 election -- were intercepted at a Delaware postal facility on Thursday.

Earlier this year, Biden suggested he would have "beat the hell out of" Trump if they were in high school, over the president's unsavory comments about women.

Booker, a senator from New Jersey, has signaled his interest in running for president in 2020, putting him in Trump's sights.

Booker was one of the leading opponents to Trump's Supreme Court nominee Brett Kavanaugh, which Trump said made him "really evil."

James Clapper, the former director of national intelligence under Obama, was also sent a suspicious package care of CNN, where like Brennan he appears regularly as a critic of Trump's national security policy. The package was discovered Friday.

Earlier this year, Clapper said Russian interference in the 2016 election was crucial in Trump's victory over Clinton.