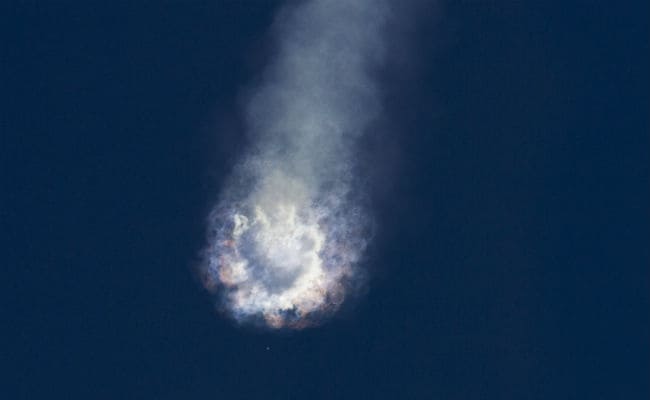 Washington: Fourteen US lawmakers on Thursday told the Air Force and NASA they had "serious concerns" about the fact that SpaceX is leading an investigation into the June 28 explosion of its Falcon 9 rocket, and whether it would receive enough oversight.

Republican Representatives Mike Coffman from Colorado and Randy Forbes from Virginia led the bipartisan group, which questioned the two government agencies about what the explosion means for future NASA and Air Force launches.

The accident has raised questions about the government's increasing reliance on commercial launch providers and contracts, its oversight of accident investigations and whether such probes are as thorough as military investigations.

An Orbital ATK Inc rocket explosion in October claimed a Cygnus cargo ship that, like the Falcon 9, was bound for the International Space Station. Orbital is expected to send the Federal Aviation Administration a long-awaited accident report next week.

In a letter dated Thursday, the lawmakers questioned the government's decision to allow SpaceX to investigate its own accident, subject to oversight by the Federal Aviation Administration, instead of having a government agency lead it.

SpaceX and Orbital are investigating their own mishaps, subject to FAA oversight, since the launches were conducted under an FAA license, rather than under government oversight.

"We have serious reservations about this approach and are concerned whether the investigation and engineering rigor applied will be sufficient to prevent future military launch mishaps," the lawmakers wrote in a letter to Air Force Secretary Deborah James and NASA Administrator Charles Bolden.

They asked the officials to explain what requirements and reviews SpaceX, or Space Exploration Technologies, must meet to return the Falcon 9 rocket to flight, and to map out their own roles and oversight in the process.

He said SpaceX is looking for other issues that may have caused or contributed to the accident, and that the company had possibly become "a little bit complacent."

The lawmakers also asked Bolden and James whether any changes to the Falcon 9 design to fix the anomaly would require a new certification and licensing process.
© Thomson Reuters 2015