US Lawmaker Apologises For His Video Shot At Nazi Concentration Camp

Clay Higgins, a first-term House Republican and former police officer, produced an edited, five-minute video of himself touring parts of the Nazi-era camp and narrating in somber tones, including inside one of the former gas chambers. 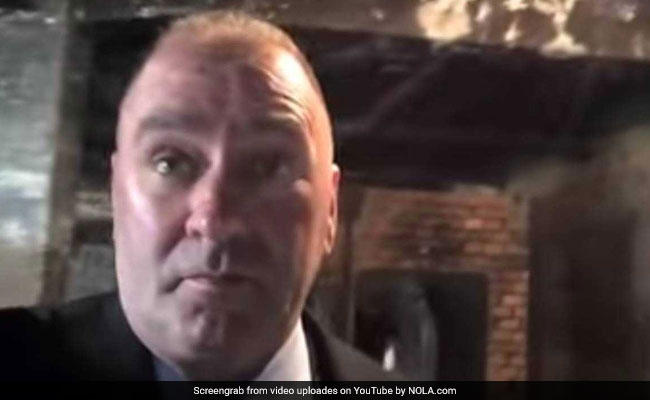 Washington: A US congressman apologised Wednesday for recording a video while visiting the Auschwitz concentration camp in Poland.

Clay Higgins, a first-term House Republican and former police officer, produced an edited, five-minute video of himself touring parts of the Nazi-era camp and narrating in somber tones, including inside one of the former gas chambers.

"The guards would drop zyklon, cyanide gas from above, through hatches," Higgins said from inside the chamber.

"It's hard to walk away from gas chambers and ovens without a very sober feeling of commitment, unwavering commitment, to make damn sure that the United States of America is protected from the evils of the world," Mr Higgins said.

The video was criticized by some as being political.

The Auschwitz Memorial tweeted a stern objection: "Everyone has the right to personal reflections. However, inside a former gas chamber, there should be mournful silence. It's not a stage."

Higgins said he filmed the "Auschwitz message with great humility" and in "reverent homage" to the estimated 1.1 million people murdered at Auschwitz-Birkenau.

"However, my message has caused pain to some whom I love and respect. For that, my own heart feels sorrow," he said, offering a "sincere apology" and announcing his video has been removed.

"He never refers specifically to mass murder of the Jewish people at Auschwitz," nor uses the word Holocaust, Mr Goldstein added.

It is not the first time Higgins, from Louisiana, has courted controversy.

In June, following deadly terror strikes in London, he said radicalized Islamic suspects should be hunted and killed.

"For the sake of all that is good and righteous. Kill them all," he said on Facebook.
Comments
Auschwitz concentration campClay Higgins US LawmakersAnne Frank Center for Mutual Respect