As Taiwan faces a spike in COVID-19 cases, US and Japan have stepped forward and provided vaccines against the infection to the island. 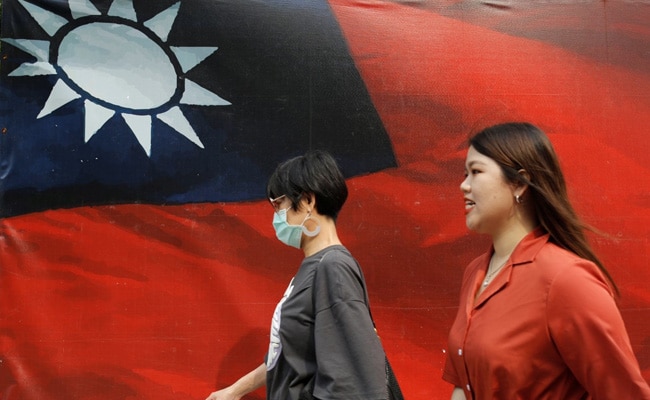 China which considers Taiwan its own territory (Representational)

The United States and Japan COVID-19 vaccine support to Taiwan is intended as a countermeasure to China's growing influence in the Indo-Pacific region, Taiwan News reported, citing a political scientist.

As Taiwan faces a spike in COVID-19 cases, US and Japan have stepped forward and provided vaccines against the infection to the island. The move has irked China which considers Taiwan its own territory.

Japan's donation of over 1.2 million COVID-19 vaccine doses to Taiwan last week was followed by a visit by three American senators who announced that the US has pledged 750,000 vaccines to the country as part of its program to distribute unused vaccines worldwide.

While the relief was interpreted by some as reciprocating Taiwan's assistance to the two countries in the past, the moves also demonstrate Washington and Tokyo's determination to check Chinese political manoeuvring aimed at sowing discord in Taiwanese society, said Lin Wen-cheng, distinguished professor at National Sun Yat-sen University's Institute of China and Asia-Pacific Studies (ICAPS).

ICAPS professor Kuo Yu-jen reckoned that the speedy assistance from the US and Japan suggests the two nations are including Taiwan in their collaborative strategy toward China.

Beijing claims full sovereignty over Taiwan, a democracy of almost 24 million people located off the southeastern coast of mainland China, despite the fact that the two sides have been governed separately for more than seven decades.

Taipei, on the other hand, has countered the Chinese aggression by increasing strategic ties with democracies including the US, which has been repeatedly opposed by Beijing. China has threatened that "Taiwan's independence" means war.

A US delegation travelled to Taiwan to announce the donation of 750,000 Covid-19 vaccine doses.

Reacting to the visit, the Chinese defence ministry on Tuesday said the trip had seriously damaged the foundation of China-US ties and the stability of the Taiwan Strait, calling it "extremely irresponsible", South China Morning Post had reported.

"If anyone dares to separate Taiwan from mainland China, the People's Liberation Army will hit back and be determined to protect national unity and territorial integrity at all costs," ministry spokesman Wu Qian had said in a statement.