India Has Been A Bipartisan Success Story: State Secretary Nominee

"One area that has a lot of promise and necessity is Climate. Prime Minister Modi has been a very strong advocate of renewable energy and different technologies," Antony Blinken said. 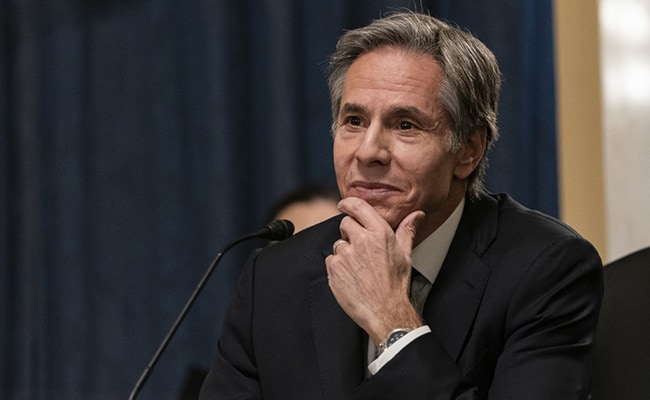 In a way endorsing the India policy of outgoing US President Donald Trump, a top incoming Biden Administration official said India has been a bipartisan success story of successive American administrations.

"India has been a bipartisan success story of our successive administrations," Secretary of State nominee Antony Blinken told members of the powerful Senate Foreign Relations Committee during his confirmation hearing on Tuesday.

Responding to a Senator''s question during his marathon confirmation hearing that lasted more than four hours, Blinken said this relationship started towards the end of the Clinton administration.

"During the Obama administration, we deepened cooperation on defense procurement and information sharing, and the Trump administration carried that forward including its concept of Indo-Pacific and to make sure we were working with India so that no country in the region including China could challenge its sovereignty and also working with it on concerns that we share about terrorism," he said.

Blinken said there are many ways the two countries can deepen the cooperation between them and one area that has a lot of promise and necessity is climate.

"Prime Minister (Narendra) Modi has been a very strong advocate of renewable energy and different technologies. I think there is very strong potential for our countries to work together," Blinken said.

A confidante of President-elect Joe Biden, Blinken had served as the Deputy Secretary of State in the second term of the Obama Administration and the National Security Advisor to Biden when he was the vice president.

During the virtual India''s Independence Day celebrations last year organized by the Biden Campaign, Blinken had batted for an India-US relationship.

"The Vice President (Biden) has long been a champion of stronger ties with India. I saw this firsthand, I started working for him in 2002 on the Senate Foreign Relations Committee. Then, of course, the Obama-Biden administration and his years as Vice President.

"But if you go back 15 years, Joe Biden had a vision for the future of US-India relations. In 2006, he said, my dream is that in 2020, the two closest nations in the world will be India and the United States," Blinken said on August 15 during the virtual event.

"Well, we''re not quite there, but it''s a terrific vision, and one that I know he will act to realize, as president of the United States. ... He was the driving force of the lifting of nuclear sanctions on India, and then the passage of this landmark India civil nuclear deal. And this is something I got to see up close and personal with him in the Senate," Blinken said.