The Democratic-led House Oversight and Reform Committee is seeking information about the Defense Department's ties to the Trump golf resort in Turnberry and the nearby Glasgow Prestwick Airport. 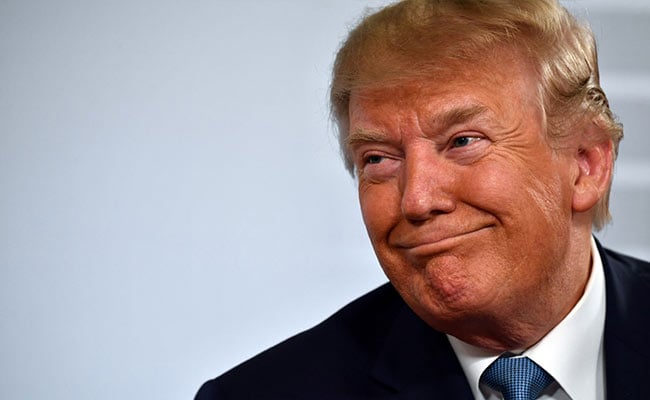 A powerful House of Representatives panel could soon step up pressure on the Pentagon for documents about an airport near a Trump-owned golf course in Scotland that has benefited from U.S. military purchases since President Donald Trump took office, an aide said on Saturday.

The Democratic-led House Oversight and Reform Committee is seeking information about the Defense Department's ties to the Trump golf resort in Turnberry and the nearby Glasgow Prestwick Airport, which is viewed as integral to the golf course's financial success, according to a June letter from Chairman Elijah Cummings and Representative Jamie Raskin to the Pentagon.

The lawmakers are looking into at least two areas. One consists of 629 separate defense purchase orders for fuel at Prestwick totaling $11 million since October 2017. The other involves press reports that the airport has offered cut-rate rooms for select passengers and crew, and free rounds of golf at Turnberry to visiting U.S. military and civilian air crews.

"Given the president's continued financial stake in his Scotland golf courses, these reports raise questions about the president's potential receipt of U.S. or foreign government emoluments, in violation of the U.S. Constitution, and raise other serious conflict of interest concerns," Cummings and Raskin said in the June 21 letter, which was reviewed by Reuters.

The Constitution bars government officials including the president from receiving financial benefits known as emoluments from foreign or domestic governments, without approval from Congress.

Democrats complained that the Pentagon's cooperation in their inquiry has been poor, and that it has not produced a single document in the investigation.

"The committee will be forced to consider alternative steps if the Pentagon does not begin complying voluntarily in the coming days," a senior Democratic committee aide told Reuters in a statement.

The State Department paid SLC Turnberry Ltd, the Trump company that owns the resort, more than $77,000 ahead of a 2018 visit by Trump that occurred between a meeting with the NATO military alliance and a meeting with Russian President Vladimir Putin.

Trump resigned as director of Turnberry when he took office in January 2017 but continues to hold an ownership stake.