US Hoping For G20 Action On Ukraine Despite Russia's Presence

The United States acknowledged that joint G20 statements would be impossible on Ukraine due to Russia's participation. 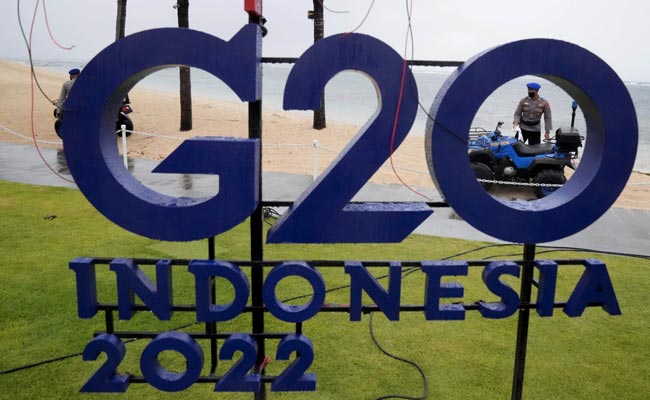 Host Indonesia has invited Vladimir Putin to the G20 summit despite US-led efforts to isolate him.

The United States believes Group of 20 talks in Bali can make progress related to the Ukraine crisis despite the participation of Russia, a senior official said Thursday.

Secretary of State Antony Blinken is expected to arrive Thursday on the Indonesian resort island for talks of the club of major economies -- with the State Department saying he will not meet Russian Foreign Minister Sergei Lavrov.

A senior US official expected that "virtually all the G20 countries" would agree on initiatives to address global food insecurity and energy volatility triggered by Russia's invasion of Ukraine.

The official acknowledged that joint G20 statements would be impossible on Ukraine due to Russia's participation.

"Whether or not the G20 as an entity endorses or doesn't endorse something is less important than whether most if not all of the G20 countries put their weight behind something that we're trying to do," the official told reporters on a refuelling stop in Tokyo.

"You'll see that we will have an ability as necessary to make clear Russia's responsibility for some of the very problems that the G20 is going to be tackling," he said.

The official said not to expect a keenly awaited announcement on whether President Joe Biden will ease tariffs on China, which he said was an issue for the US Trade Representative's office.

Blinken's talks with Wang are among a series of recent engagements between the United States and China which included a meeting last month in Singapore between the two powers' defence chiefs.

Host Indonesia has invited Russian President Vladimir Putin to the G20 summit later this year despite US-led efforts to isolate him.

But in a compromise, Ukrainian President Volodymyr Zelensky was also invited.