US 'Deeply Concerned' Over China Detention Of Swede

Gui Minhai was one of five Hong Kong-based booksellers known for salacious titles about the lives of China's political elite. 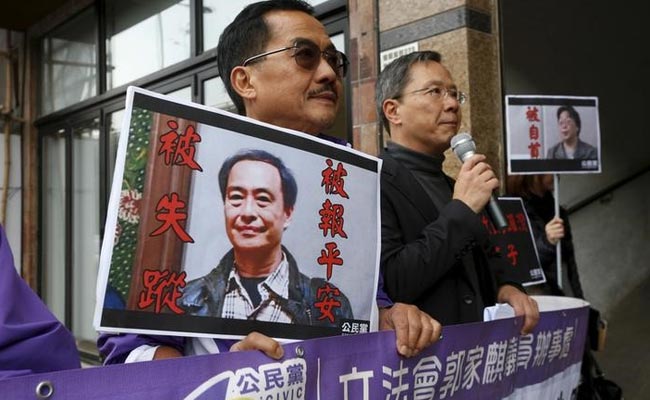 His disappearance has sparked a diplomatic row between Stockholm and Beijing.

"We are deeply concerned that Swedish citizen Gui Minhai was detained on January 20," State Department spokeswoman Heather Nauert said in a statement.

"We call on Chinese authorities to explain the reasons and legal basis for Mr Gui's arrest and detention, disclose his whereabouts, and allow him freedom of movement and the freedom to leave China."

Gui's daughter Angela Gui has said he was detained by around 10 plainclothes police while on a train to Beijing from the eastern city of Ningbo, where he was living, while accompanied by two Swedish diplomats.

He was going to see a Swedish doctor, she said.

On Wednesday the European Union ambassador to China called for Gui's immediate release.

"The United States and our European partners are bound by shared principles of liberty, equality, and human dignity," Nauert said.

Gui was one of five Hong Kong-based booksellers known for salacious titles about the lives of China's political elite.

This is the second time he has been snatched.

He first went missing in 2015 while on vacation in Thailand and later resurfaced at an undisclosed location in China. Chinese authorities said they had released Gui in October.

Promoted
Listen to the latest songs, only on JioSaavn.com
Amnesty International has called his latest disappearance "absolutely appalling."

(This story has not been edited by NDTV staff and is auto-generated from a syndicated feed.)
Comments
Gui MinhaiHong Kong book publisher