US Could Send As Many As 15,000 Troops To Mexico Border: Donald Trump

With more than 5,000 soldiers already being sent, Trump told reporters "we'll do up to anywhere between 10 and 15,000 military personnel." 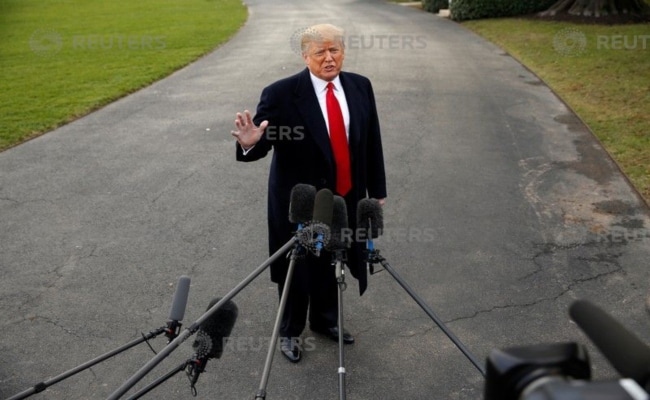 President Donald Trump said Wednesday that as many as 15,000 soldiers could be dispatched to the US-Mexican border to stop what he described as dangerous groups of immigrants.

With more than 5,000 soldiers already being sent, Trump told reporters "we'll do up to anywhere between 10 and 15,000 military personnel."

"It's a dangerous group of people," Trump said of the latest caravan of mostly impoverished Central Americans trying to walk through Mexico to the US border.

"They're not coming into our country."

Security on the southern border has rarely involved active duty troops and 15,000 troops would mean a similar size deployment to the US war effort in Afghanistan.

Trump has made clamping down on what he regularly describes as an "invasion" of illegal immigrants the centerpiece of his campaigning for Republican candidates in next Tuesday's midterm legislative elections.

Opponents say the rhetoric is alarmist and even tinged with racism.

The Department of Homeland Security on Wednesday described "an unprecedented crisis on our Southern Border."

However, according to the department's own statistics, 400,000 illegal immigrants were intercepted in 2018, just 25 percent of the figure in 2000.

The major change, the department points out, is that in 2000 nearly all the illegal immigrants were single adults and today around half are coming in families or as unaccompanied minors.