Medical examiner's office is conducting tests on McMichael's skeleton but it could be another four to six months before a cause of death is confirmed. 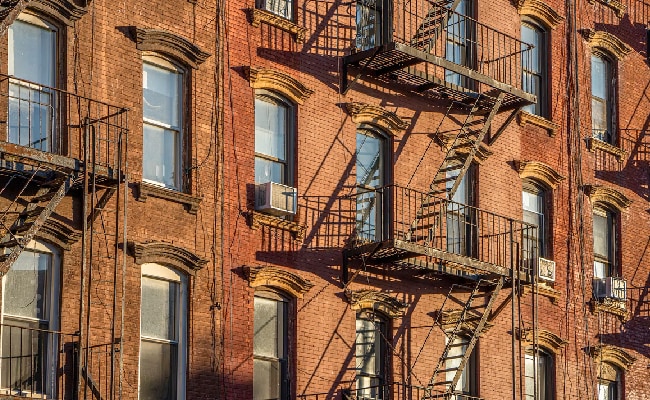 The discovery was made on April 26. (Unsplash/Representative photo)

In a horrifying discovery, construction workers in New York City, US, found a woman's skeleton while doing maintenance outside her apartment building last month.

According to Newsweek, 54-year-old Marilyn McMichael lived in the South Jamaica Houses in Queens, New York. It is believed that Ms McMichael may have been dead since August 2020 as that's the last time a page was turned on her calendar.

The discovery in Apartment 7-H was made on April 26. The workers were standing on scaffolding when they spotted the woman's skeleton through her open bedroom window on the building's seventh floor.

Also Read | Can Elephant Be Considered A Person? US Court Hears Unique Case

Speaking to local media outlet WPIX-TV, Ms McMichael's foster sisters Simone Best Jones and Sharman McElrath said that they began worrying about her in June 2020, as the first wave of the COVID-19 pandemic was ebbing. They said that Ms McMichael called them saying she wanted to go to the hospital.

“She didn't sound sick at all,” said Ms McElrath, adding, “She sounded a little manic, and I was trying to explain to her they're not accepting people at the hospital.”

The foster sisters informed that Ms McMichael had a history of emotional problems. They even said that they went to visit the 54-year-old at her apartment, but their knocks and calls went unanswered. Still, the sisters said that this was not unusual behaviour from the 54-year-old as she sometimes chose not to speak with them for years.

However, as time stretched on, their fears grew. Simone Best Jones and Sharman McElrath decided to call 911 and file a missing person report in January this year. They were told McMichael hadn't paid rent in over a year. The sisters said that they also met resistance when they tried to file a police report because New York City Housing Authority (NYCHA) said that they weren't next of kin.

In a meeting with housing police officers, an official told the sisters that Ms Best Jones' parents were on McMichael's emergency card. “I let them know they had both been dead for over twenty years,” Ms Best Jones added.

The sisters then finally were able to convince NYCHA managers and a police officer to visit McMicahel's apartment with them, but their master key could not open the floor. After that, Ms Best Jones said that they never tried again. In April, when the construction workers saw the skeleton, the sisters said that McMichael's neighbour notified them of the horrifying discovery.

Now, as per WGNTV, the medical examiner's office confirmed that it is conducting tests on McMichael's skeleton but it could be another four to six months before a cause of death is confirmed.