US Church Shooter To Represent Self At Trial 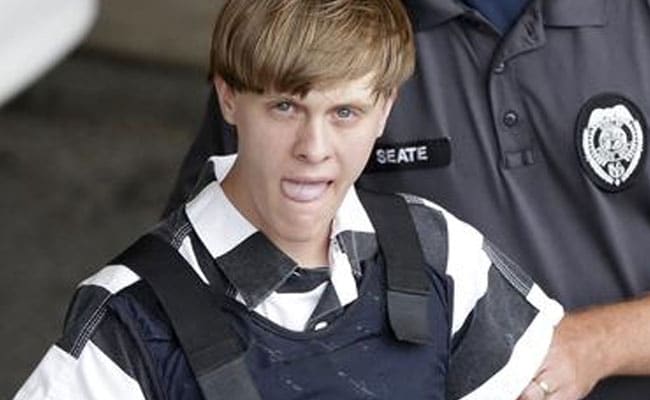 David Roof was granted the chance to represent himself shortly before jury selection began for the case.

US District Judge Richard Gergel's ruling means that Roof, 22, could cross-examine survivors and family members of those he mowed down in June 2015 during a Bible study class at the historic "Mother Emmanuel" black church in Charleston.

"I do find defendant has the personal capacity to self-representation," Gergel said.

"I continue to believe it is strategically unwise, but it is a decision you have the right to make."

Federal prosecutors are seeking to put Roof to death, and have refused to accept his offer to plead guilty to the 33 federal charges against him -- including hate crime violations that could carry the death penalty -- in exchange for a life sentence.

Roof is also facing state murder charges in South Carolina and faces the death penalty for his allegedly racially-motivated attack.

The case got under way earlier this month, but had to be postponed while the court determined whether Roof was mentally competent to stand trial.

Roof was granted the chance to represent himself shortly before jury selection began for the case. The ruling follows Gergel's ruling on Friday finding Roof was mentally competent to stand trial following a recent mental health evaluation.

Court proceedings are now focused on impaneling a 12-member jury and alternates, a process expected to take at least three weeks.

Legal experts say mistakes made by a defendant acting as his or her own lawyer -- without legal training -- can be especially damaging in a case involving capital punishment.

"I don't see any circumstance where it won't be self-destructive," said James Coleman of Duke Law School.

In the 1980s, Coleman represented the late serial killer Ted Bundy, unsuccessfully trying to appeal the death sentence handed down to Bundy after the killer served as his own defense lawyer and was convicted.

Juries tend to react negatively to a defendant acting as his own counsel, possibly interpreting the maneuver as making a mockery of the court and the defendant's alleged crimes.

Roof will be disadvantaged in not knowing court rules and the ins and outs of legal strategy, but that may not matter to the accused killer, Coleman suggested.

"He'll be a loose cannon and basically can severely disrupt the trial," said Coleman.

"He may not care. He may be using this as his last hurrah."

Richard Bonnie of the University of Virginia School of Law said that defendants sometimes choose to represent themselves because of a fundamental disagreement with their lawyers about the essence of the defense strategy, including their feelings about receiving the death penalty.

Bonnie cautioned against assuming Roof would continue to serve as his own counsel the entire trial. Roof's attorneys, including renowned death penalty attorney David Bruck, have so far remained seated beside Roof as standby counsel, though Roof is acting alone in court as his lawyer.

The transcript of Roof's mental competency hearing last week is sealed. So it is unclear what exactly transpired during the deliberations, though his request to represent himself may have been part of the discussions.

"We don't have any way of knowing what is beneath this," said Bonnie. "How the case unfolds varies."

Promoted
Listen to the latest songs, only on JioSaavn.com
Jury selection resumes early Tuesday in Charleston.

(This story has not been edited by NDTV staff and is auto-generated from a syndicated feed.)
Comments
Dylann RoofSelf-trialUniversity of Virginia School of LawAfrican American churchgoersSouth Carolina Dylann Roof