US carries out drone strike in Pakistan, 15 killed 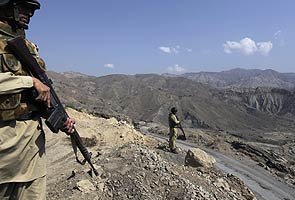 Peshawar: The U.S. carried out its first drone attack in Pakistan since Osama bin Laden's death in an American raid this week, killing 15 people in a hail of missiles near the Afghan border Friday, Pakistani intelligence officials said.

The strike targeted a vehicle suspected of carrying foreign militants in the North Waziristan tribal area, an Al Qaeda and Taliban stronghold that has been subject to frequent missile attacks, said the officials, speaking on condition of anonymity because they were not authorised to talk to the media.

The aircraft fired eight missiles at the vehicle as it drove near a roadside restaurant, killing at least 15 people, including foreign militants, said the officials. At least one civilian died when the missiles damaged the restaurant and a nearby home, they said.

It was unclear whether intelligence gleaned from the U.S. commando raid that killed bin Laden on Monday played a part in the drone strike.

Drone attacks are extremely unpopular in Pakistan, and the most recent attack could further increase tensions between the U.S. and Pakistan that have spiked in the wake of bin Laden's death.

Many U.S. officials have expressed scepticism of claims by Pakistani officials that they didn't know where bin Laden was hiding - even though he was found in a compound in the army town of Abbottabad, only about a two hours' drive from the capital.

Promoted
Listen to the latest songs, only on JioSaavn.com
The U.S. refuses to publicly acknowledge the covert CIA drone programme in Pakistan, but officials have said privately that the attacks have killed many senior Al Qaeda and Taliban commanders.

Pakistani officials regularly condemn the attacks as violations of the country's sovereignty. But many are believed to privately support the programme, and some of the drones are suspected of taking off from inside Pakistan.