Beijing has come under intense international criticism over its policies in the resource-rich territory, where rights groups say as many as one million Uighurs and other mostly Muslim minorities are being held in internment camps. 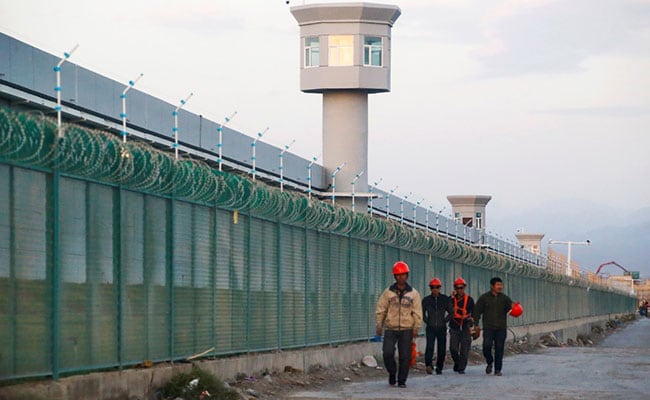 Beijing has staunchly defended its policy in Xinjiang, says schemes have helped stamp out extremism

The United States will block imports of cotton it says are harvested with "slave labor" in China's Xinjiang region, authorities have announced.

Beijing has come under intense international criticism over its policies in the resource-rich territory, where rights groups say as many as one million Uighurs and other mostly Muslim minorities are being held in internment camps.

The new rule allows Customs and Border Protection officials to detain shipments containing cotton originating from the Xinjiang Production and Construction Corps, a major paramilitary group already sanctioned by the US Treasury.

"The human rights abuses taking place at the hands of the Chinese Communist government will not be tolerated by President Trump and the American people," said senior Department of Homeland Security (DHS) official Ken Cuccinelli on Wednesday.

"DHS is taking the lead to enforce our laws to make sure human rights abusers, including US businesses, are not allowed to manipulate our system in order to profit from slave labor," he added.

"Their aim is to constrain and oppress relevant parties and enterprises in China and curb China's development," said foreign ministry spokeswoman Hua Chunying on Thursday.

She denied there was any forced labor in Xinjiang, saying workers in the region "choose occupations based on their own wishes."

Xinjiang is a global hub for cotton, with one study by a labor group estimating that 20 percent of the garments imported into the United States contain at least some yarn from the region.

US House Speaker Nancy Pelosi said in September that products from Xinjiang forced labour "often end up here in American stores and homes."

Beijing has staunchly defended its policy in Xinjiang, where it says training programs, work schemes and better education have helped stamp out extremism.

But Homeland Security officials have described the region's training centers as facilities run like a "concentration camp."

The US House of Representatives voted nearly unanimously in September to ban all imports from Xinjiang but the bill has yet to pass the Senate.

The country already bans products made through slavery but the proposed law would issue a blanket ban on products from the region, saying that forced labor is inextricably linked to its economy.