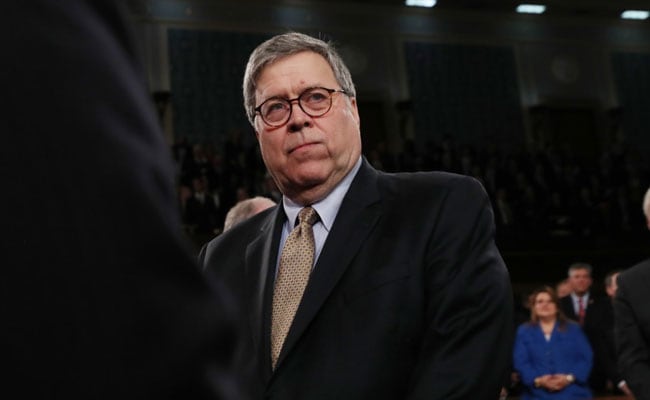 Attorney General William Barr on Sunday assailed the use of mail-in ballots in US elections, saying they could "open the floodgates of potential fraud."

His comment, in an interview with Fox News, echoed repeated assertions by President Donald Trump warning US states, without evidence of significant past problems, against using mail-in ballots in the November elections.

At a time of "intense division in the country," Barr said mail-in ballots could "open the floodgates of potential fraud" and undermine public confidence in an election's outcome.

He suggested that people's ballots could be stolen from mailboxes -- or even that some foreign power could print up "tens of thousands of counterfeit ballots" to sway the outcome.

Election experts have been skeptical of such claims.

Many states and localities have used mail-in ballots for years, with little evidence of more than isolated problems. And overseas Americans and military troops posted abroad have voted by mail with no serious complaints of fraud.

But the practice has drawn close scrutiny this year.

Voting and the virus

With primary elections coming in the midst of the COVID-19 pandemic, polling stations in several states have seen voters standing in long lines for hours, partly because of social distancing.

The political impact of mail-in voting is not entirely clear.

There has been speculation that it might favor Democrats, as some lower-income voters might have more trouble making it to polling places than wealthier Republicans. But mail-in ballots are also popular in some rural areas where Trump is strong.

A Stanford University study last month of the impact of mail-in voting in elections since 1996 concluded that the practice leads to a modest increase in overall turnout but "does not appear to increase either party's vote share."

The president's sharp criticism has imparted a political spin to the debate.

In one of his all-capitals Twitter posts last month, Trump wrote that "MAIL-IN VOTING WILL LEAD TO MASSIVE FRAUD AND ABUSE. IT WILL ALSO LEAD TO THE END OF OUR GREAT REPUBLICAN PARTY."

Barr's defense of that argument fueled new criticism that he has gone beyond the traditional role of an attorney general to serve, as some Democrats put it, as the president's personal lawyer.

Last month Twitter twice took the rare step of cautioning readers about Trump's posts on mail-in voting, linking to a CNN article saying the president's claims of fraud were unsubstantiated.

Some Democratic critics have speculated that Trump, who warned before his surprise 2016 election victory that the vote might be "rigged," was laying the groundwork for a legal battle in case he loses to Democrat Joe Biden.

Biden leads in recent opinion polls, including in some key states, while Trump's support has slipped steadily amid criticism of his handling of the coronavirus pandemic and of racial tensions.

Vanita Gupta, a former head of the Justice Department Civil Rights Division and the CEO of a rights group, said on Twitter that "Barr is setting up weaponizing the DOJ to challenge a Trump loss in Nov based on lies about legitimate voting methods. He should be impeached."

In fact, Trump himself voted by mail-in ballot in the 2018 midterm elections, after changing his voter registration from New York to Florida.