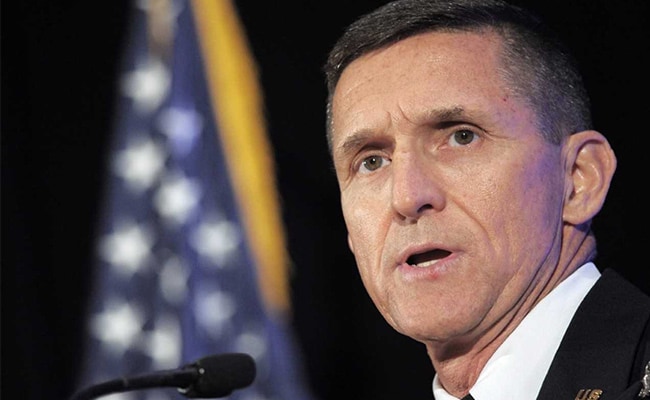 The Washington appeals court ordered false-statement charges against President Donald Trump's former national security advisor Michael Flynn to be dropped Wednesday, handing the White House a victory in a case that was central to the Russia meddling investigation.

The court endorsed Attorney General Bill Barr's extraordinary decision to drop the criminal charges against Flynn even after he had twice pleaded guilty to lying to FBI investigators, overruling a lower court judge who was ready to sentence Flynn.

Barr's May 7 decision to drop the charges sparked an open rift in the Justice Department, pitting him against the federal district court judge in the case, Emmet Sullivan, and the department's own prosecutors.

The move, more than three years after Flynn was first investigated over secret discussions he had with Russia's envoy in Washington, drew allegations that Barr was doing Trump's political bidding.

The decision came just hours before two Justice Department officials appear before a Congressional hearing to discuss politicization of the Justice Department involving Barr in other cases, including the prosecution of longtime Trump associate Roger Stone.

After the court's announcement in the Flynn case, Trump, who had earlier hinted he could pardon the former Pentagon intelligence chief, tweeted the decision was "great."

White House spokesperson Kayleigh McEnany said in a tweet it was a "victory for justice and truth."

Barr's decision to drop the Flynn case said the FBI's original probe of the retired three star general, part of the sweeping counterintelligence investigation into Russian interference in the 2016 presidential election, had no "legitimate investigative basis."

The case against Flynn was a cornerstone of the sprawling 22-month investigation by Special Counsel Robert Mueller into Moscow's meddling in the 2016 presidential election.

Flynn drew attention for a number of contacts with Russia, including being paid tens of thousands of dollars the previous year to attend a banquet in Moscow for Russian media giant RT, where he sat next to President Vladimir Putin.

The probe ultimately focused on his secret talks in December 2016, before Trump was inaugurated, with Russian ambassador Sergey Kislyak.

In multiple phone calls wiretapped by FBI spy hunters, Flynn allegedly sought to cut political deals with Moscow for the incoming administration, deals which undermined the positions of the government of then-president Barack Obama.

On December 1, 2017, Mueller announced a deal with Flynn in which certain charges would be dropped and Flynn would plead guilty on the lying charge and cooperate with the investigation of others.

The appeals court decision overruling Sullivan, was led by one of Trump's most controversial and conservative appointments, Neomi Rao, who wrote that the Justice Department has the discretion to drop its case, no matter how far advanced, and a judge is not empowered to overrule that discretion.

However, one of the three appeals court judges in the case dissented in the decision, effectively opening the door for Sullivan to appeal the issue "en banc" to the entire appeals court.

The Flynn case was likely to become a focus in the House Judiciary Committee's hearing Wednesday into political interference in the Justice Department.

A former member of Mueller's team, Assistant US Attorney Aaron Zelinsky, said in prepared testimony that White House pressure was responsible for Barr's decision to undermine his own prosecutors in another case by recommending a light sentence for Roger Stone.

Stone, who advised Trump's 2016 campaign, was convicted in November 2019 of lying to investigators and witness tampering.

"Roger Stone was being treated differently from any other defendant because of his relationship to the president," Zelinsky wrote in testimony released before the hearing.

"Don't Encourage Followers To...": UN Message Ahead Of Biden Inauguration