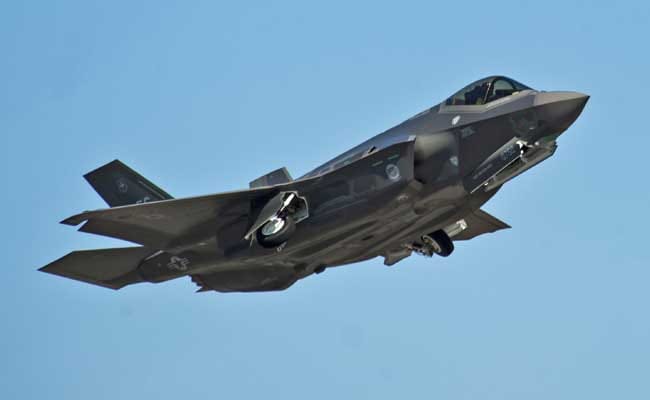 Pentagon did not name the countries where the aircraft would be deployed to. (File Photo)

Washington: The US Air Force will this weekend deploy a small number of F-35A fighter jets to Europe for several weeks of training with other US and NATO military aircraft, the Pentagon said on Friday.

In a statement, the Pentagon said that the deployment would allow the US Air Force to 'further demonstrate the operational capabilities' of the stealthy fighter jet. It did not name the countries where the aircraft would be deployed to.

The F-35, which is the Pentagon's costliest arms program, has been dogged by problems. The Pentagon's chief arms buyer once described as 'acquisition malpractice' the decision to produce jets before completing development.

Days after taking office in January, Mr Trump announced his administration had been able to cut some $600 million from the latest US deal to buy about 90 F-35 Joint Strike Fighters.

F-35s are in use by the US Air Force, Marine Corps and Navy, and by six countries, Australia, Britain, Norway, Italy, the Netherlands and Israel. Japan took delivery of its first jet in December.