Unseen Pablo Picasso Letter, With Doodles, On Display in France 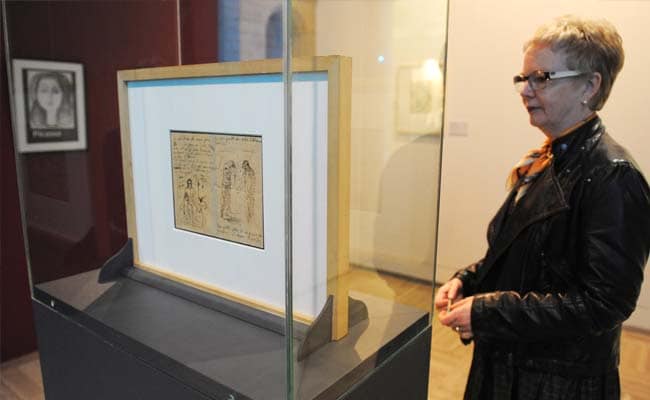 Quimper: A previously unseen letter written by Pablo Picasso, complete with sketches, has gone on display in western France.

The letter, to his friend the French poet Max Jacob, comes from a private collection and is displayed at the fine arts museum in the western city of Quimper.

Beginning "my dear Max" and signed "your brother Picasso", the letter shows the close bond between the Spanish artist and Jacob, who was "his best friend at the time and the person who really discovered him", according to museum director Ambroise Guillaume.

It was written in 1903 when Picasso was in Barcelona and offers details of his life there and also his wish to come back to Paris.

"If I can work here, I'll stay here, but if I see I can't do anything here, I'll bugger off back to Paris," wrote the artist in broken French.

The letter is extremely rare given that only 10 or so letters from Picasso to Jacob have ever been found, the museum noted.

The sketches show a women appearing to comfort a seated man, an outstretched hand, what appears to be a child kneeling next to a man while animals look on, and a couple deep in conversation.

Promoted
Listen to the latest songs, only on JioSaavn.com
They are typical of the artist's "blue period" which dominated his output around this time.

The letter is displayed at the Quimper museum of fine art until September 21, to mark the 70th anniversary of Jacob's death.