On Next Dalai Lama, US Hints At Opposing Chinese Interference

The United State is deeply concerned at the lack of meaningful autonomy for Chinese people, a top official in US President Donald Trump's Administration told lawmakers. 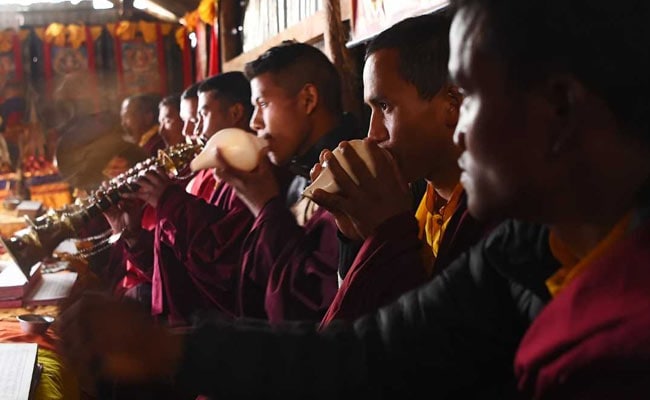 The US has been pushing for access to Tibet with the Chinese authorities. (Representative)

The decision on picking the next Dalai Lama should be as per Tibet's religious traditions and that it is not a role of the state, a top official in US President Donald Trump's Administration told lawmakers, hinting that the United States will oppose any move by China to impose its own Dalai Lama.

"The United States has a very clear position that religious decisions should be made within religious organisations and that this isn't the role of the state," Laura Stone, Acting Deputy Assistant Secretary of State for East Asian and Pacific Affairs, told the Senate Foreign Relations Subcommittee on East Asia, the Pacific and International Cybersecurity Policy during a Congressional hearing.

Ms Stone was responding to a question from Senator Cory Gardner. "China has said that they will pick the next Dalai Lama. The Tibetan Policy, actually in 2002, mandated that American officials visit Tibet on a regular basis. I want to get into both of these. If China proceeds and tries to impose a Dalai Lama what will the US response be?" the senator had asked.

Senator Gardner said it is clear that this Congress will not recognise a Chinese imposition.

Ms Stone said the senator's question is an important signal in itself to the Chinese government that this is the kind of issue that the United States is watching very closely and at very senior levels.

"I wouldn't want to prejudge exactly how this, a future scenario, would roll out but I would like to lay a marker that that is the clear position of the United States government and, I think, widely supported within the American society, that those are the kinds of decisions that should be made by religious communities on their own and without outside interference," she asserted.

Senator Gardner said the crackdown in Tibet is intensifying while Beijing continues to refuse negotiations with the Central Tibetan Administration.

"Human rights defenders are routinely jailed, tortured, and otherwise deprived of liberty. A genuine freedom of speech and assembly are nonexistent. Corruption and abuse of power are rampant. The judicial system is a tool of the state and the party and not an impartial arbiter of legal disputes," he said.

The United State, Ms Stone said, is deeply concerned at the lack of meaningful autonomy for Chinese people. "We have certainly pressed for the release of detained activists throughout the entire country, but very importantly, on the Tibet plateau and in historical Tibet," she said.

The US has been pushing for access to Tibet with the Chinese authorities, Ms Stone said, adding "I know that's an important issue. We do want to work with Congress on that shared goal and we do continue to have very serious concerns about the ability of the Tibetan people to continue to have the ability to express their unique culture, their unique language, and their religious practices."

Senators Gardner and Ed Markey reflected the sentiments of the US Congress, seeking equal access of Americans to China as being done by the US to the Chinese. A legislation is currently being moved in the Congress in this regard.

"We need to consider reciprocal access as part of our policy in approach to Tibet and to China and what's being done to address this and to promote our access to Tibet. Do you share the goals of our Reciprocal Act?" he asked.

In the absence of such a reciprocity, the Act calls for sanctions against Chinese officials. "We certainly share the goals and we do look forward to working with you to figure out how best to achieve those goals," Ms Stone said, confirming that the US government will implement the provisions of the Reciprocal Act if signed into law.