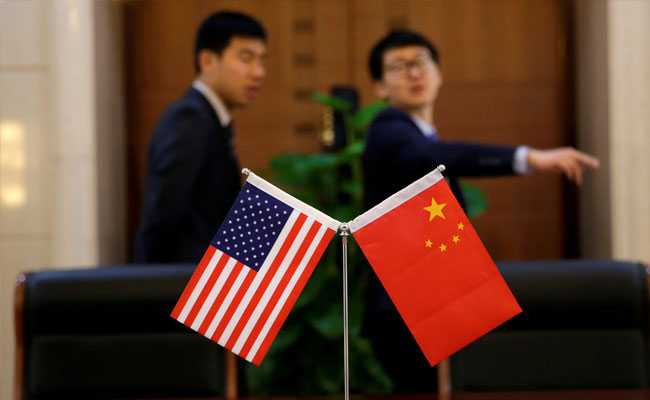 China vowed on Thursday to retaliate if the United States acted on a threat to raise tariffs on the Asian nation's exports, fuelling fears in financial markets that the trade war between the world's two biggest economies would escalate.

U.S. President Donald Trump on Wednesday instructed his trade officials to look at increasing tariffs to 25 percent from 10 percent on $200 billion in Chinese imports into the United States.

Trump, who has accused China and others of exploiting the United States in global trade, has demanded that Beijing make a host of concessions to avoid the new duties, which could be imposed in the weeks after a comment period closes on Sept. 5.

China's government, however, shows no sign of bending to Washington's pressure.

"We hope that those directly involved in the United States' trade policies can calm down, carefully listen to the voices of U.S. consumers ... and hear the collective call of the international community," Wang Yi, the Chinese government's top diplomat and a member of the country's state council, or cabinet, said in Singapore.

So far, the United States has imposed duties on $34 billion of imports from China as part of a first tranche of sanctions on $50 billion of goods. It wants China to stop stealing U.S. corporate secrets, abandon plans to boost its high-tech industries at America's expense and stop subsidizing Chinese companies with cheap loans that enable them to compete unfairly.

China says the United States is trying to stop the rise of a competitor and it has imposed its own tariffs on U.S. goods. The rising tensions between the two nations have weighed on stock and currency markets, with the Chinese yuan falling against the dollar.

Trump set his sights on China during the 2016 presidential campaign and has followed through during his presidency with a protectionist strategy that he says is aimed at strengthening U.S. companies and boosting jobs at home.

The United States has imposed tariffs on other nations too, including Canada and Mexico, Washington's partners in the North American Free Trade Agreement.

If Trump imposes the new duties on China as well as a threatened third set of tariffs on another $200 billion of imports, effectively all of the Asian nation's U.S. exports would be impacted.

Washington touted its initial tariffs as being carefully constructed to avoid having a big impact on U.S. consumers and companies, but the expansion of the tariff lists has drawn in more goods that cannot be imported from outside China.

The bill has started to mount, with the U.S. government dipping into its coffers to find $12 billion to aid farmers who have been hit by Chinese retaliation.

American companies have started to feel the pinch as well from global steel and aluminium tariffs and the first tranche of China-specific duties that cover just $34 billion of imports.

General Electric <GE.N> estimated the new tariffs on its imports from China could raise its costs by $300 million to $400 million overall, before steps to lessen the impact while General Motors Co <GM.N>, Ford Motor Co <F.N> and Fiat Chrysler Automobiles NV <FCHA.MI> <FCAU.N> have lowered their full-year profit forecasts.

U.S. Commerce Secretary Wilbur Ross downplayed the impact of the tariffs on the American economy.

"Well, let's put it into arithmetic perspective. 25 percent on $200 billion, if it comes to pass, is $50 billion a year," Ross said of the proposed hike in tariffs in an interview with Fox Business News, adding that the impact would not "be cataclysmic."

No substantial facts so far

The initial set of tariffs and reprisals led to talks between Washington and Beijing, and Trump and his administration touted a deal that they said would lead to hundreds of billions of dollars worth of additional U.S. exports to China.

That fell apart shortly after it was announced by U.S. officials and amid acrimony in the negotiating team sent to Beijing due to disagreements over the concessions that would be made to China. Since then there have been no meaningful contacts between the two sides.

China's Foreign Ministry spokesman Geng Shuang reiterated at a regular news briefing in Beijing that the United States' efforts at "blackmail" would fail.

"We would advise the United States to correct its attitude and not try to engage in blackmail. This won't work on China," Geng said.

Two Trump administration officials told reporters on a conference call that the U.S. president remains open to communications with Beijing and that through informal conversations the two countries are discussing whether a "fruitful negotiation" is possible.

(Except for the headline, this story has not been edited by NDTV staff and is published from a syndicated feed.)
Comments
united statestariff on china