Last month, part of the large glass roof and windows of Odesa's Museum of Fine Arts, inaugurated in 1899, were destroyed. 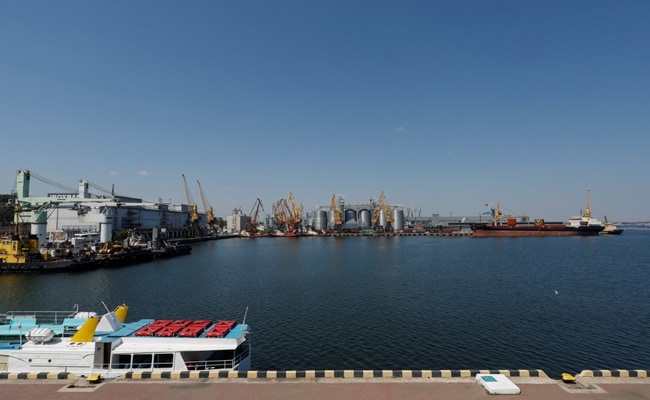 UNESCO said it also wants to add Odesa on the List of World Heritage in Danger.

United Nations cultural agency UNESCO said on Tuesday it supported a bid by Ukraine to put its port city of Odessa on the UNESCO World Heritage List.

Following a meeting of Ukraine Culture Minister Oleksandr Tkachenko with UNESCO Director-General Audrey Azoulay at the agency's Paris headquarters, UNESCO said it had mobilized experts to support Ukraine so that the nomination can be examined urgently by World Heritage Committee member states.

UNESCO said it also wants to add Odessa on the List of World Heritage in Danger, as well as World Heritage sites Kyiv and Lviv, which are also under threat.

Black Sea port Odessa is just a few dozen kilometres from the frontline and has already been struck by artillery fire, UNESCO said. Last month, part of the large glass roof and windows of Odesa's Museum of Fine Arts, inaugurated in 1899, were destroyed.

UNESCO will fund repairs to the musem as well as to the Odessa Museum of Modern Art since the beginning of the war and finance the hiring of additional staff dedicated to the protection of collections. It will also help with the digitization of artworks and will provide protective equipment.