Under Cyclone Fani Impact, 20 Tents Blown Off At Everest Camp

Cyclone Fani was not predicted to go near Nepal, but the country's weather office predicted effect from Fani would cause snow, rain and strong winds in the country. 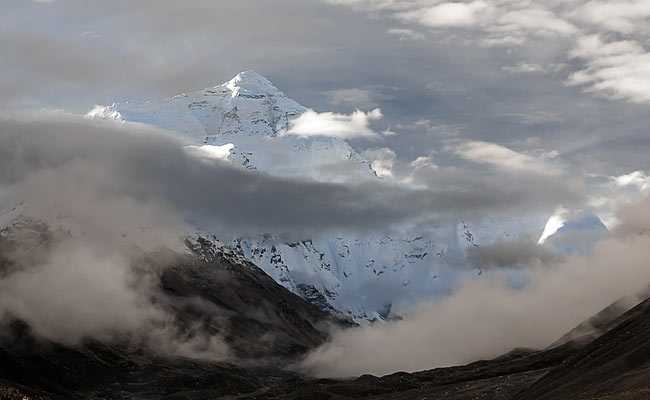 High winds blamed on Cyclone Fani more than 900 kilometres (570 miles) away blew tents off the side of Mount Everest on Friday, officials said.

Fallout from the deadly storm, which hit the Bay of Bengal coast on Friday, spread across South Asia -- including the world's highest mountain.

The monster storm was not predicted to go near Nepal, but the country's Meteorological Forecasting Division predicted effect from Fani would cause snow, rain and strong winds in the country.

"The effects of that storm mean we are likely to see significant snowfall and high winds on the mountain," expedition company Climbing the Seven Summits wrote on its blog.

The company said its climbers would wait at base camp until the storm has passed.

The Nepalese government has issued a warning to trekking and climbing companies to ensure the safety of tourists, and cautioned helicopters against flying.

The thousands of climbers who flock to Nepal each year to try eight of the world's 14 highest peaks provide a lucrative industry for the impoverished South Asian country.

Nepal has issued a record 377 permits to climb Everest this year.