Sri Lanka was last year granted 18 months by a UNHRC resolution to initiate a credible investigation into the nearly three-decades long civil war. 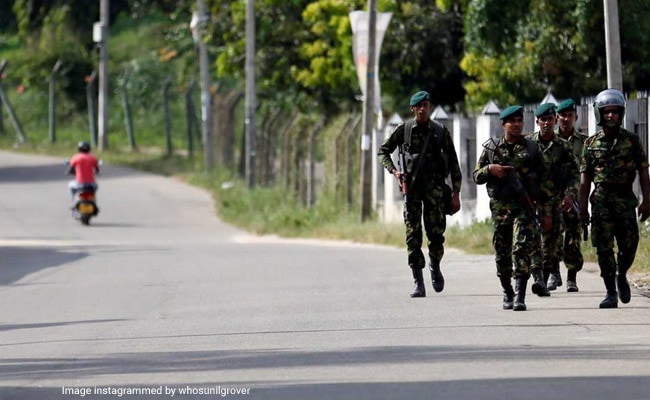 There have been allegations of use of torture and continued reports of harassment. (File)

Colombo: The UN Human Rights Council has expressed doubt that whether Sri Lanka would be able to fully implement the United Nation's prescribed transitional justice agenda before March 2019.

The UNHRC Deputy High Commissioner Kate Gilmore yesterday presented an update on progress in promoting reconciliation, accountability and human rights in Sri Lanka (A/HRC/37/23) between March, 2017 and January, 2018 at the 37th session of the UNHRC in Geneva.

Sri Lanka was last year granted 18 months by a UNHRC resolution in October 2015 to initiate a credible investigation into the nearly three-decades long civil war with the LTTE.

Ms Gilmore said that it was much regrettable that progress in establishing transitional justice mechanisms were slow.

"In the absence of concrete results or publicly available drafts of legislation, it seems doubtful that the transitional justice agenda committed to by the (Sri Lankan) government under this Council's resolution could be fully implemented before our next report in March 2019," Ms Gilmore said.

The UNHRC Deputy Commissioner also said that there has been insufficient progress in returning land occupied by the military.

"Trust will not be rebuilt, if land grabbing continues, nor without independent mechanisms established to determine fair compensations for land reserved for security reasons.

Ms Gilmore also stressed on establishment of a specialised court to deal with serious crimes, supported by international practitioners.

Promoted
Listen to the latest songs, only on JioSaavn.com
"We are also seriously concerned about multiple incidents of inter-communal violence, attacks and hate speech against minorities observed last year a worry further exacerbated by recent developments that have occurred since the drafting of the report, including violence against Muslims in Kandy district that led to the proclamation of state of emergency for 12 days," the Deputy Commissioner said.

Allegations of use of torture and continued reports of harassment or surveillance of human rights defenders are more than worrying, she added.
Comments
Sri LankaUN Human RightsSri Lanka Civil War