Speaking before UN Human Rights Council, Michelle Bachelet described how deeply embedded racism against Africans and people of African descent continues to affect all aspects of their lives. 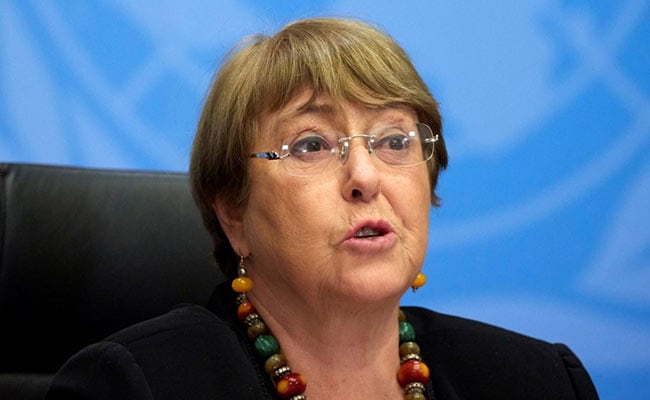 The UN rights chief called on Monday for countries to do more to dismantle systemic racism against black people, urging acknowledgement and reparations for past wrongs.

Speaking before the UN Human Rights Council, Michelle Bachelet described how deeply embedded racism against Africans and people of African descent continues to affect all aspects of their lives.

Presenting a report called for following the murder of George Floyd by a white US police officer last year, she said there was "an urgent need to confront the legacies of enslavement".

In her report, which addressed systemic racism worldwide, the United Nations High Commissioner for Human Rights also called on countries to confront the legacies of the transatlantic slave trade and colonialism.

She insisted that only by facing the wrongs of the past could countries hope to "transform the structures, institutions and behaviours that lead to direct or indirect discrimination".

Bachelet warned that the systemic racism and racial violence on display today was rooted in "the absence of formal acknowledgement of the responsibilities of states and others that engaged in or profited from enslavement, the transatlantic trade in enslaved Africans, and colonialism, as well as those who continue to profit from this legacy".

A debate continues to polarise the United States about the idea of reparations for slavery and subsequent deep-seated discrimination.

And more recently, US schools have become embroiled in a row over so-called critical race theory.

The term defines a strand of thought that appeared in American law schools in the late 1970s and which looks at racism as a system, enabled by laws and institutions, rather than at the level of individual prejudices.

But its critics use it as a catch-all phrase to attack teachers' efforts to confront dark episodes in American history, including slavery and segregation, as well as to tackle racist stereotypes.

In her presentation, Bachelet called for countries to "create, reinforce and fully fund comprehensive processes ... to share the truth about what was done, and the harms it continues to inflict".

"Establishing the truth about these legacies, and their impact today, and taking steps to address these harms through a wide range of reparations measures is crucial to healing our societies and providing justice for terrible crimes."