UK is nearly doubling its NATO deployment in Estonia, from 900 to 1,750, and has a smaller force in Ukraine for training on UK anti-tank missiles. 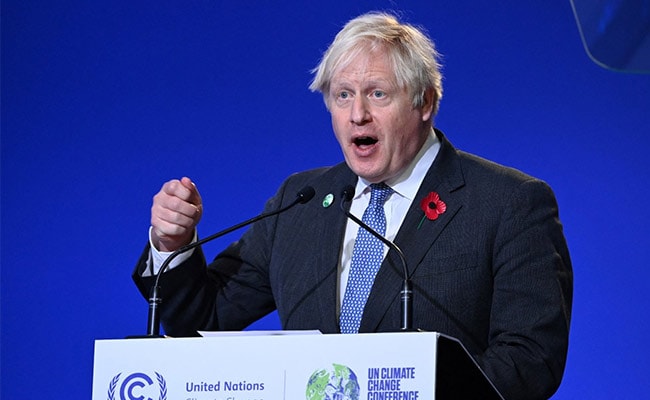 There are principles upon which we will not compromise, UK PM Boris Johnson said.

Britain said Wednesday it was ready to deploy 1,000 more troops to deal with any humanitarian crisis linked to Ukraine, as Prime Minister Boris Johnson headed to NATO and Poland.

His trip Thursday coincides with crisis talks in Moscow between British Foreign Secretary Liz Truss and her counterpart Sergei Lavrov, as the UK and other US-led allies demand Russia halt its threats against Ukraine.

"As an alliance we must draw lines in the snow and be clear there are principles upon which we will not compromise," Johnson said ahead of his talks in Brussels with NATO chief Jens Stoltenberg.

"That includes the security of every NATO ally and the right of every European democracy to aspire to NATO membership," he said, rebuffing Russian demands to rule out Ukraine ever joining the alliance.

From Brussels, Johnson will head to Warsaw to meet Polish President Andrzej Duda, Prime Minister Mateusz Morawiecki and members of a UK military detachment in the country, which is set to grow by 350 more troops.

Britain is nearly doubling its NATO deployment in Estonia, from 900 to 1,750, and has a smaller force in Ukraine for training on UK anti-tank missiles.

Johnson will promise "1,000 more British troops will be put at readiness in the UK to support a humanitarian response in the region should it be needed", Downing Street said.

He will also say that Britain is deploying more Royal Air Force jets in southern Europe, and two Royal Navy vessels to the eastern Mediterranean.

Johnson, who visited Kyiv last week in a show of solidarity, added in a message to Moscow: "What we need to see is real diplomacy, not coercive diplomacy."

Truss meanwhile is leading the UK charge on possible sanctions if Russia invades Ukraine, warning of "massive consequences" ahead of her talks Thursday with Lavrov.

The Russian foreign ministry retorted by calling for a "change in the tone" of British rhetoric.