Ukrainian Soldier Blows Himself Up To Delay Russian Advance: Report 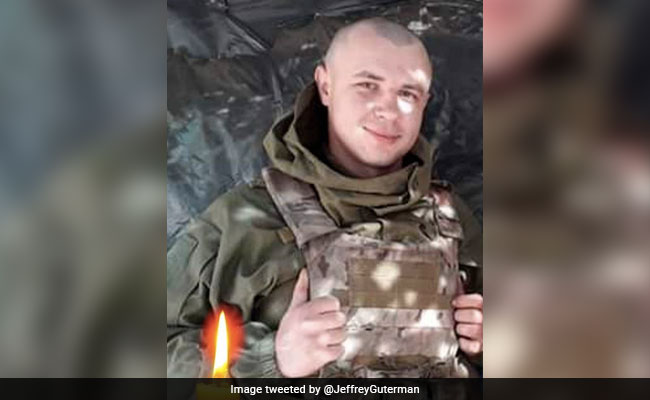 Volodymyrovych was deployed to the Henichesk bridge when the Russian tanks entered the area.

A Ukrainian soldier blew himself up to destroy a bridge in the southern province of Kherson to stop invading Russian tanks from marching ahead. His sacrifice to stop a column of Russian tanks is now being praised by the Ukrainian military, who has described Vitaly Skakun Volodymyrovych as a hero.

Marine battalion engineer Volodymyrovych was deployed to the Henichesk bridge when the Russian tanks entered the area, the Ukrainian military wrote on Facebook.

The brave engineer had volunteered to rig the bridge, a key strategic point linking Crimea and mainland Ukraine, with mines. As the Russian forces raced towards him, the soldier realised he did not have enough time to set the fuse and get to safety. So, he blew himself up and destroyed the bridge.

"On this difficult day for our country, when the Ukrainian people give way to the Russian occupiers in all directions, one of the hardest places on the map of Ukraine was the Crimean intersection, where one of the first enemies met a separate marine battalion," read the social media post, as per a New York Post report.

Vitaly Skakun Volodymyrovych‘s comrades praised him for "significantly slowing down the advance of the enemy," reported The Sun.

On Thursday, Russian President Vladimir Putin ordered his troops to launch a “special military operation” in Ukraine. Soon, missiles began raining down on Ukrainian cities and troops began moving into Ukraine from three sides. By this morning, Russian forces had positioned themselves just outside the capital Kyiv and were fighting with the Ukrainian forces.

Russian and Ukrainian governments have signalled their willingness to return to the negotiation table to end the war. But no significant breakthrough has been achieved.

While Ukraine claims over 1,000 Russian soldiers have been killed in the war so far, Russia has not released casualty figures.