Vitaliy Semenets tracked his stolen AirPods as they crossed the border into Belarus, and then when they reached Belgorod, Russia. 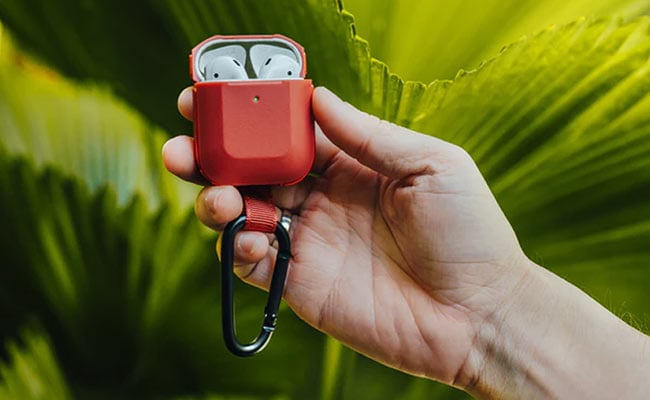 Amid the ongoing war, a Ukrainian man has been able to track the whereabouts of Russian troops by using Apple's device tracking feature to pinpoint his stolen AirPods. According to the Times of London, Vitaliy Semenets said that his Bluetooth earbuds were stolen from his home in Hostomel, early during Russia's invasion, following which he used the "Find My" feature available on Apple products to follow the progress of the stolen earplugs and also trace the path of Russian troops.

Mr Semenets tracked his stolen AirPods as they crossed the border into Belarus, and then when they reached Belgorod, the Russian city where troops massed to prepare for the assault on the Donbas. The Ukrainian man even shared his sneaky trick on Instagram with a caption: “Thanks to technology, I know where my AirPods [are] now”.

He said that his AirPods were “looted” by Russian “orcs” - the fictional “The Lord of the Rings” monsters whose name many Ukrainians use to describe warmongering Russian forces.

Meanwhile, it is to mention that according to Times of London, there have been numerous reports of Russian troops pillaging valuable goods from Ukrainian homes in what experts have said is a sign of the invading forces' disorganisation and lack of discipline. Several CCTV pictures have also shown Russian troops in a post office in Belarus wrapping up washing machines, laptops and e-scooters to send to their families back home. In total, around two tonnes of goods were reportedly even shipped out by the 16 Russian troops.

Moreover, according to an intercepted call released by the Security Services of Ukraine, one Russian soldier was given a shopping list from a relative who wanted a laptop, sneakers and clothing. In another separate case,  a soldier had been reportedly killed in Irpin after he replaced his Kevlar body armour with a Macbook laptop computer.