Ukraine, Russia Protest Over Attacks on Each Other's Diplomatic Missions 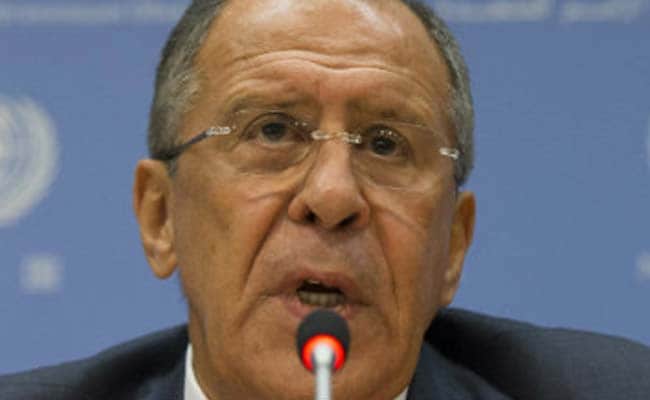 Moscow, Russia: Ukraine protested to Russia today after mobs vandalised its embassy in Moscow and its consulate in Rostov-on-Don overnight, a day after Russia made a similar protest to Ukraine over damage to the Russian consulate in Kharkiv.

The attacks on the diplomatic missions highlight the continuing tensions between the two countries, as fighting rages between pro-Russian rebels and government forces in the Donbass region of eastern Ukraine, despite a four-month-old ceasefire.

Russian media reported earlier today that around 100 people had thrown eggs at Ukraine's Moscow embassy and that attackers had broken windows with bricks and baseball bats at Kiev's consulate in Rostov-on-Don in southern Russia.

RIA news agency quoted the Ukrainian consul in Rostov as saying that the consulate may need to be closed for several days as many windows had been broken and office equipment damaged.

"We demand from the Russian authorities an immediate comprehensive investigation, strict punishment of those responsible and compensation for material damage," the Ukrainian statement said.

On Friday Russia's foreign ministry published a note of protest demanding an investigation into damage to its consulate in Kharkiv, which vandals had thrown eggs and paint at on Thursday.

Friday was a public holiday in Russia, when many people took to the streets to celebrate. Russian media reported that in Moscow 450,000 people had participated in public events to mark the holiday.

Today, in the latest news from the conflict zone in eastern Ukraine, the Ukrainian military said six of its servicemen had been killed in fighting in the preceding 24 hours.
© Thomson Reuters 2015
Comments
RussiaRussia Foreign MinistryRussian ConsulateUkranian MilitaryUkraine-Russia tensionpro-Russian rebelseastern UkraineUkraine-Russia ProtestsMoscow Embassy