The imperilled six-reactor facility in southern Ukraine, which is the largest nuclear power plant in Europe, was captured by Moscow in March, but is still run by Ukrainian staff. 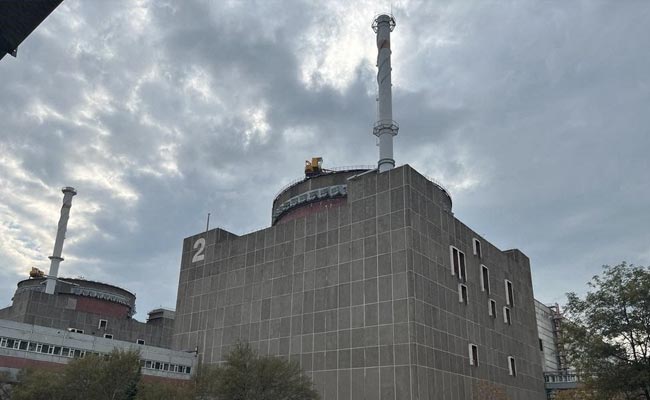 Ukraine has also repeatedly accused Russia of basing troops at the power station.

The imperilled six-reactor facility in southern Ukraine, which is the largest nuclear power plant in Europe, was captured by Moscow in March, but is still run by Ukrainian staff.

"Today, as a result of a fire caused by shelling, the (last working) transmission line was disconnected," Energoatom said in a statement on Telegram.

"As a result, (reactor) unit No. 6, which currently supplies the (plant's) own needs, was unloaded and disconnected from the grid," it said.

Ukraine was unable to repair the power lines now because of fighting raging around the station, Ukrainian Energy Minister German Galushchenko wrote on Facebook.

"Any repairs of the power lines are currently impossible- fighting is ongoing around the station," he said.

Galushchenko complained that the fresh shelling had hit soon after most of the inspectors from a mission by the United Nations' nuclear watchdog, the International Atomic Energy Agency, left the plant earlier on Monday.

"As soon as the IAEA mission left the Zaporizhzhia nuclear plant- the station has once again been disconnected," he added.

Kyiv and Moscow have blamed each other of risking a nuclear disaster as the plant's territory has been regularly shelled over the past month.

Ukraine has also repeatedly accused Russia of basing troops and military equipment at the power station.

Two reactors at the plant, number five and six, remain in use but are currently disconnected from the grid. They have suffered repeated disconnections due to shelling over the last fortnight.