Methuen-Campbell was recently found dead, having hanged herself in her Swansea attic 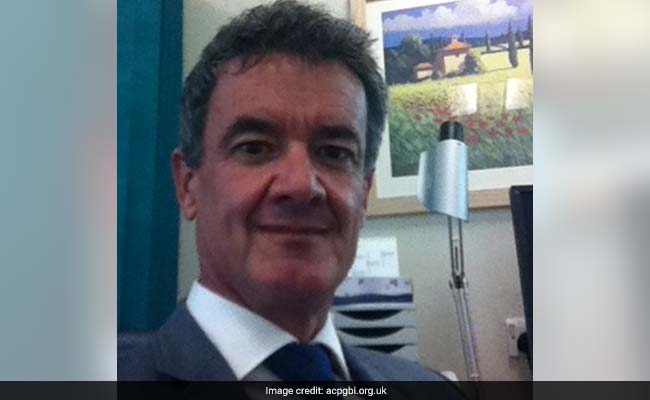 Dixon, the surgeon, has been suspended from two hospitals in Bristol and is being investigated

The removal of her ovaries never came up during her surgery consultations.

Lucinda Methuen-Campbell was considering treatment for a bowel disorder at the Spire Hospital in Bristol, England, in 2016. A surgeon there, Anthony Dixon, had gained international recognition for fixing patients' bowel problems with vaginal mesh implants. Methuen-Campbell went ahead with the surgery - and was shocked to learn afterward that Dixon had removed her ovaries.

She asked him why.

"He said he thought he'd done me a favor. And he said, 'I thought you know, a woman of your age wouldn't really need her ovaries,' " Methuen-Campbell told the BBC.

Things got worse. The implant had left her in severe pain, which, as time passed, grew more agonizing.

Methuen-Campbell was recently found dead, having hanged herself in her Swansea attic, the BBC reported. Swansea assistant coroner Aled Gruffydd concluded her death was a suicide, saying the operation "was unsuccessful and made her pain worse and it affected her mental health." She was 58.

"I'm satisfied without doubt that she intended to take her own life," Gruffydd said during an inquest into Methuen-Campbell's death. "The pain she was in led to her taking her own life."

"The pain continued to get worse and nobody seemed able to solve the problem," Chatfield said during the hearing, according to the BBC.

Methuen-Campbell left her 19-year-old son, Angus, a note that read, "I'm sorry Angus, I love you, best son ever."

Her son, after the hearing, said his mother was "in a great deal of pain after the operations and she was very upset that her ovaries had been removed," according to the BBC.

Dixon, the surgeon, has been suspended from two hospitals in Bristol and is being investigated by Britain's National Health Service and the General Medical Council for his mesh surgeries. Surgical mesh implants are typically used to treat conditions such as pelvic organ prolapse and stress urinary incontinence in women, according to the FDA. Those conditions can sometimes occur after childbirth.

The General Medical Council has also barred Dixon from performing another type of surgery, the STARR procedure - which stands for stapled transanal resection of the rectum - until November 2018, according to the Telegraph. The procedure is used to treat obstructed defecation syndrome.