The teen told doctors that since elementary school, "he had a daily portion of fries from the local fish and chip shop and snacked on Pringles (Kellogg), white bread, processed ham slices, and sausage". 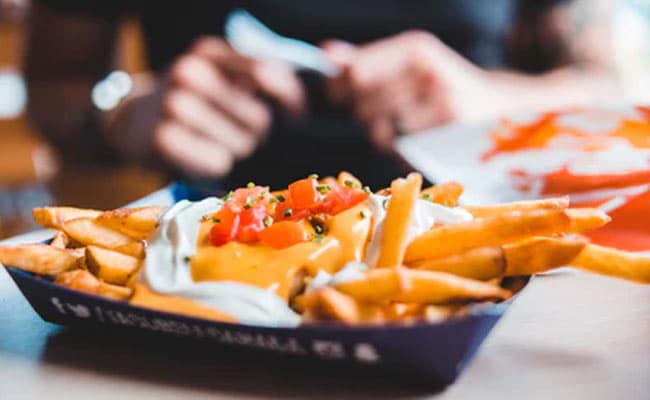 An extreme case of "fussy eating" caused blindness in a teenager from the UK. (Representational)

An extreme case of "fussy eating" caused blindness in a teenager from the United Kingdom, according to a new report published Monday in the Annals of Internal Medicine.

When Denize Atan, the study's lead author, met the 17-year-old boy at Bristol Eye Hospital, his eyesight had been deteriorating for two years. But what shocked her most was "how long the patient's eating behaviour had persisted," Atan wrote in an email to The Post Tuesday. "By the time I first met him, he had followed the same diet for [approximately seven] years."

The teen, who has not been named, told doctors that since elementary school, "he had a daily portion of fries from the local fish and chip shop and snacked on Pringles (Kellogg), white bread, processed ham slices, and sausage," the study said.

The risks of poor nutrition are often associated with obesity, poor cardiovascular health and cancer, but Atan's study warns that it can also have disastrous, and sometimes irreversible, effects on the nervous system, including vision.

The boy was first treated three years earlier by his family physician for "tiredness." According to the report, the then-14 year old was a picky eater but was "otherwise well and took no medications." Early testing showed he had low levels of vitamin B12 and macrocytic anemia, which were treated with B12 shots and "dietary advice."

By 15, the boy's hearing began failing, and then the vision complications arrived. Doctors could not determine what was causing either symptom.

After two years of progressive vision loss, the boy was declared legally blind. Additional testing uncovered that his vitamin B12 deficiency had not waned. He had also developed a reduced bone mineral density level, and had high levels of zinc and low levels of copper, selenium and vitamin D.

His diagnosis, according to the report, was twofold: nutritional optic neuropathy and avoidant-restrictive food intake disorder, an eating disorder which typically begins in middle childhood and is driven not by weight or shape concerns, but by an aversion to certain food textures and fearing the consequences of eating.

Nutritional optic neuropathy, which Atan said is more frequently caused by malabsorption, certain medications and alcoholism, is a dysfunction in the optic nerve. If caught early, it is reversible, but it can lead to permanent optic nerve damage and blindness if left untreated.

"Nutritional deficiencies are actually quite common, but nutritional blindness is not," she told The Post. "Blindness is an uncommon but serious complication of poor nutrition."

In a University of Bristol news release Monday, Atan, who is also a consultant senior lecturer in ophthalmology at Bristol Medical School and the clinical lead for neuro-ophthalmology at Bristol Eye Hospital, said: "This case highlights the impact of diet on visual and physical health, and the fact that calorie intake and BMI are not reliable indicators of nutritional status."

Nutritional optic neuropathy, researchers worry, may become more prevalent because of mass consumption of junk food and the "rising popularity of veganism" that isn't regularly supplemented with B12.

"It is important to eat a varied diet! There is not a single food that will provide all the vitamins and minerals you need - variety is the key," Atan said.

She hopes the teen's case will serve as a cautionary tale, leading to widespread inclusion of dietary history in routine clinical examinations.