"The EUXE centre is designed to be a temporary measure and the authority expects its lifetime to last about six months, with a potential for further extensions in three-month periods, should an ongoing need arise, potentially up to two years," the job description reportedly reads. 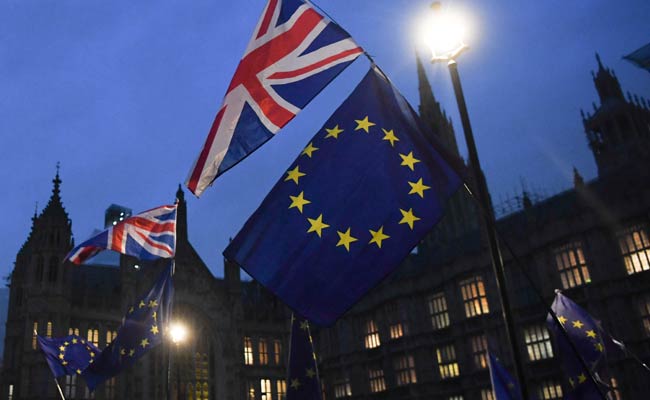 The deadline for Brexit is March 29

The UK government has begun hiring for jobs in a new crisis command and control centre to be set up to tackle a chaotic no-deal Brexit next month, a media report said today.

Briefing notes, seen by "The Guardian"', have been issued by the UK's Department for Environment, Food and Rural Affairs (DEFRA) to recruitment agencies to seek potential recruits for the so-called EU Exit Emergencies Centre (EUXE).

"The EUXE centre is designed to be a temporary measure and the authority expects its lifetime to last about six months, with a potential for further extensions in three-month periods, should an ongoing need arise, potentially up to two years," the job description reportedly reads.

Applicants are expected to be recruited on a six-month contract with an option for three-month extensions up to two years.

Their qualifications must include an "unflappable" approach while briefing ministers and the UK Cabinet Office on any unfolding emergencies in a no-deal scenario.

They could earn between 300 and 400 pounds a day and must be prepared to start by the end of this month, as the March 29 Brexit deadline nears.

The emergency control centre will have a team of officers producing briefing notes for ministers "at pace" and checking the "battle rhythm" for emerging urgent policy changes.

The department will also have to deal with water quality issues that may emerge if there is a shortage of purification chemicals and will have to liaise with local resilience groups on any civil reaction to shortages in the shops as deliveries are adversely hit across borders.

The recruits for EUXE must be able to "see the emergency trends with little or no information and act appropriately at pace".

They must also be "a horizon scanner - someone who is looking up and out into the working environment to spot early indications of approaching issues or emergencies".

"As you''d expect, DEFRA and departments across government continue to work hard preparing for the UK''s exit from the EU," a DEFRA spokesperson said, without confirming or denying reports of the recruitment drive for such an emergency centre.

"It's the job of a responsible government to ensure we''re prepared for all scenarios, and we continue to recruit and prioritise our resources accordingly," the spokesperson said.

Preparations for a no-deal Brexit, without an agreed withdrawal agreement with the European Union (EU), have intensified since British Prime Minister Theresa May lost a historic House of Commons vote over her plan last month.

This week she has been travelling between Brussels and Ireland in an attempt to seek changes to the controversial "backstop", an insurance policy to ensure an open border between the UK and EU member-country Ireland post-Brexit.

While the EU member countries have insisted there can be no change to the legally binding clause in the withdrawal agreement, pro-Brexit MPs in Britain remain dead-set against it on the grounds that it could be used to keep the UK tied to EU rules even after it has formally left the 28-member economic bloc.

Britain's Brexit Secretary Steve Barclay is set to hold a fresh round of talks with the EU's chief Brexit negotiator Michel Barnier in Strasbourg on Monday, as the Brexit negotiating teams from both sides thrash out proposed changes to the deal.

Prime Minister May and European Commission President Jean-Claude Juncker are then set for a follow-up meeting before the end of February to review progress on a withdrawal agreement more acceptable to all sides.

The British Prime Minister is then expected to put the deal to another vote in the Commons towards the end of February, with just a month before the March 29 deadline.

She will hope that there are substantial changes or assurances around the "backstop" clause in order for her to get the backing of MPs in the UK Parliament and avert the looming crisis of a no-deal Brexit, which would throw all border arrangements and trade agreements into chaos.