Ukrainian lawmaker Ivanna Klympush said Russia had used an "unknown substance" in Mariupol and that people were suffering from respiratory failure. 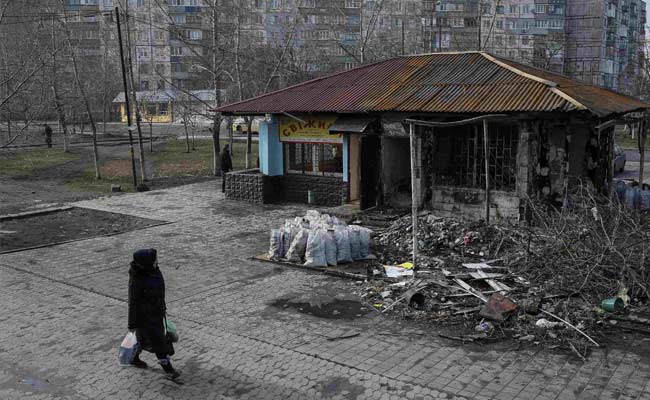 Russia has denied committing any war crimes during its offensive in Ukraine.

Britain is trying to verify reports that Russia has used chemical weapons in an attack on the besieged Ukrainian city of Mariupol, London's top diplomat said on Monday.

"Reports that Russian forces may have used chemical agents in an attack on the people of Mariupol. We are working urgently with partners to verify details," Foreign Secretary Liz Truss wrote on Twitter.

"Any use of such weapons would be a callous escalation in this conflict and we will hold Putin and his regime to account."

Ukrainian lawmaker Ivanna Klympush said Russia had used an "unknown substance" in Mariupol and that people were suffering from respiratory failure. "Most likely chem.weapons!" she tweeted.

Ukraine's Azov battalion in a Telegram message earlier on Monday had claimed a Russian drone dropped a "poisonous substance" on Ukrainian troops and civilians in Mariupol.

The force also claimed that people were experiencing respiratory failure and neurological problems.

"Three people have clear signs of poisoning by warfare chemicals, but without catastrophic consequences," he said in a video address on Telegram.

AFP was unable to verify the claims.

Senior Donetsk separatist official Eduard Basurin had spoken of the possibility of using chemical weapons against the southern port city that has resisted Russian bombardment for weeks.

Basurin said the besieging forces could "turn to chemical troops who will find a way to smoke the moles out of their holes", Russian news agency RIA Novosti quoted him as saying on Monday.

Russia has denied committing any war crimes during its offensive in Ukraine.