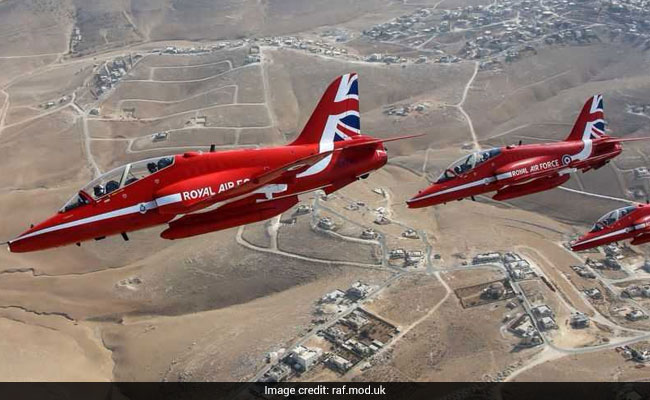 The Red Arrows jet crashed in the early afternoon at RAF Valley in Anglesey, north Wales

London: A jet in Britain's Red Arrows aerobatic team crashed at an airbase in Wales on Tuesday, the Royal Air Force said, but there was no immediate word on the fate of the pilot.

The incident occurred in the early afternoon at RAF Valley in Anglesey, north Wales.

"We are aware of an incident today at RAF Valley involving a Hawk aircraft. We are investigating ..," the RAF said in a statement. Local police said they were at the scene.

No further details of the crash were available.

Promoted
Listen to the latest songs, only on JioSaavn.com
The Red Arrows are famous for their aerial displays at military and royal occasions, and the RAF describes them on their website as "ambassadors for the United Kingdom at home and overseas."
© Thomson Reuters 2018