The 95-year-old monarch said it was her "sincere wish" that when Charles becomes king, Camilla be known as Queen Consort, in a major statement on the eve of the 70th anniversary of her accession to the throne. 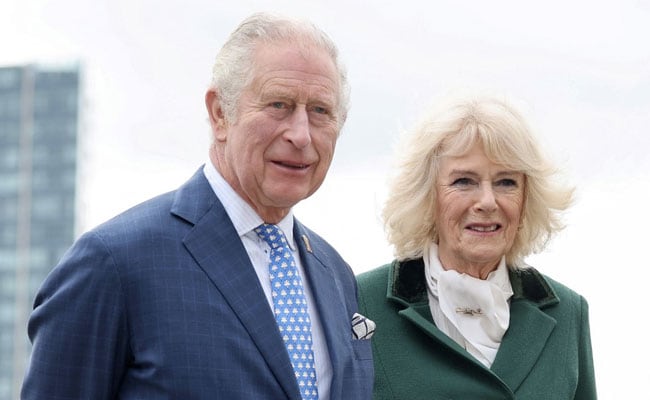 It had been expected that Camilla would be known as Princess Consort when Prince Charles took over.

Queen Elizabeth II has announced that she wants Camilla, the wife of her heir Prince Charles, to ultimately be known as Queen Consort, as she became the first British monarch to reign for seven decades Sunday.

The 95-year-old said she hoped her daughter-in-law will be known as Queen Consort when Charles accedes to the throne, in a remarkable journey to public acceptance for Camilla after being vilified for her role in the break-up of Charles' marriage to Princess Diana.

Addressing the nation in a written statement on the eve of the 70th anniversary of her accession to the throne, the Queen said that when Charles becomes monarch she hoped the British people would give him and Camilla "the same support that you have given me".

Charles and Camilla, now known as the Duke and Duchess of Cornwall, had a highly publicised relationship that ended their previous marriages and there had been doubts over whether the public would accept her.

They married in 2005, with a royal announcement that Camilla would become known as Princess Consort due to the sensitivity of the issue, but she gradually won plaudits as the future king's loyal wife.

Charles has always been adamant his "darling wife" should receive the title, The Times reported citing a source, with a spokesperson for the couple saying Saturday they were "touched and honoured" by the news.

The announcement came as Elizabeth II began her Platinum Jubilee in subdued fashion at Sandringham in eastern England, the 20,000-acre (8,100-hectare) estate near the north Norfolk coast which is close to her heart.

Four days of festivities are planned for early June, coinciding with the anniversary of her 1953 coronation, including a military parade and music concert, street parties, a nationwide "Big Jubilee Lunch" and a "Platinum Pudding Competition".

On Monday, there will be ceremonial gun salutes in London's Green Park, close to Buckingham Palace, and at Edinburgh Castle in Scotland -- traditionally not held at weekends.

Britain's longest-serving monarch acceded to the throne aged 25 on February 6, 1952, following the death of her father King George VI.

During her reign, she has remained a constant through periods of huge social and political upheaval -- a living link to Britain's post-war and imperial past.

In September 2015, she surpassed Queen Victoria's 63 years and seven months on the throne and, despite some health concerns over the past year, has appeared determined to continue her record-breaking reign.

Speaking in parliament this week, Prime Minister Boris Johnson said Sunday was "a moment of national celebration" while noting it was "a day of mixed emotions for Her Majesty".

After husband Philip's death in April last year, the Queen returned to public and official engagements, including hosting world leaders at the G7 summit.

She was forced to slow down on advice from doctors, however, after an overnight hospital stay in October sparked public concern.

Since then, she has largely stayed at Windsor Castle and made few public appearances.

But on Saturday, the Queen held a reception for locals at Sandringham, reportedly her largest in-person public engagement since the autumn health scare.